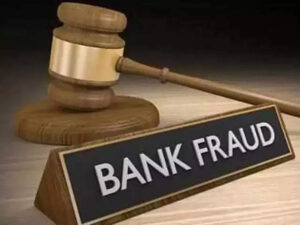 The Supreme Court observed that while scrutinizing an award of a tribunal, there are certain legal limitations on HC while exercising its jurisdiction under Article 226 of India. If there is no violation of principles of natural justice, the High Court shall not get into the merits of an appellate court. This was held by a supreme court bench, comprising of Justice Sanjay Kishan Kaul and Justice M.M. Sundresh, in the case concerning Indian Overseas Bank & Anr. v Om Prakash Lal Srivastava, decided on 19 January, 2022.

The appellant bank took an ultimate step against the respondent, his employee, after finding him guilty under breach of duty and fraud. However, the Allahabad High Court stated that the five of the charges were not proved. Grieved by the order, the appellants brought the matter to the present court.

The respondent was employed with the bank as clerk-cum-cashier. The respondent forged the signatures of her sister-in-law and encashed a sum more than rupees twenty-thousand. Upon the complaint, the respondent was placed under suspension with 7 charges of fraud and breach of duty. After an enquiry, all the charges were upheld. The matter was taken to tribunal which after giving bank time to prove, upheld the charges. The appellant sought to assail this order by filing a writ petition at Allahabad High Court. The court held that when the earlier departmental proceedings were found to be violative of the principles of natural justice then no findings vis-a-vis charges 1, 2, 3, 6 & 7 should have been arrived at, based on the plea that the Bank led evidence only in respect of charges 4 & 5.The appellants submitted that there has been an error by the High Court since there was sufficient evidence to prove that the respondent had taken advantage of this position and committed fraud.

After observing the laws and facts of the present case, the bench held that there has been an error by the High Court in coming to the conclusion while reviewing the award of the tribunal. Observing the precedent set in GE Power India Ltd. (Formerly Known as M/s. Alstom Projects Ltd.) v. A. Aziz, the court stated that if there is no violation of If there is no jurisdictional error or violation of natural justice or error of law apparent on the face of the record, there is no occasion for the High Court to get into the merits of the controversy as an appellate court. While exercising its jurisdiction under Article 226 of the Indian Constitution, there are a certain legal implications imposed to scrutinize the award of a tribunal.

The court held that the respondent had breached the confidence, breached the duty and committed fraud. Therefore, he shall no more be entitled to continue the service.