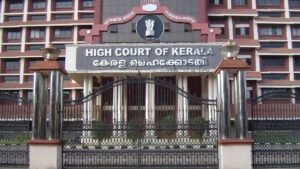 Allowing a bail application, the Kerala High Court stated that the petitioner can be granted bail on the condition of limited custody to the prosecution for the purpose of completing the investigation. This was delivered by Hon’ble Justice Gopinath P., in the matter between Shameer v State of Kerala, Bail Appl. No. 10101 of 2021, decided on January 13, 2022.

The petitioner is the accused in Crime No. 1536 of 2021 of Thrikkakara Police Station, Ernakulam District, alleging commission of offences under Sections 307, 323 and 324 of the Penal Code, 1860. The petitioner is alleged to have stabbed the complainant and attacked him with a helmet in a dispute between them relating to borrowed money.

It is claimed by the counsel that the petitioner is innocent and has already been in custody since 12th of December, 2021 and a continuation in the detention is not necessary. The prosecution in the defense stated that the weapons used against the complainant have been partly discovered, and a grant of bail to the petitioner might cause hindrance in successful prosecution.

The bench after going through the submissions of the counsels, facts and circumstances of the present case stated that the petitioner maybe granted a bail on a condition that he will be available to the prosecution for the purpose of completion of the instigation, and therefore be in limited custody.

The bench remarked that, violation of any condition shall deem the bail cancelled and the prosecution may file an application with regard to the same.