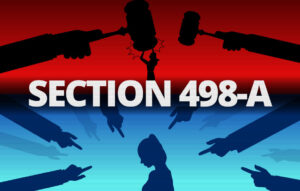 The Supreme Court while partly allowing the present appeal stated that just because long time has been taken by the trial court does not mean that leniency can be shown in punishment imposed. The appellant was acquitted under Section 498A of IPC. However, considering the present age of the appellant which is 80 years, the court reduced the period of imprisonment from one year to three months. The appeal was brought before a supreme court bench comprising Justice Mr. Shah and Justice B.V. Nagarathna in the matters between Meera v State By the Inspector of Police Thiruvotriyur Police Station Chennai, CRIMINAL APPEAL NO. 31 OF 2022 decided on January 11th, 2022.

The appellant filed an appeal after being unsatisfied by the decision of High Court of Judicature at Madras dated 30.04.2019 passed in Criminal Appeal No. 748 of 2010.The appellant was booked under Section 498A of IPC for torturing her deceased daughter-in-law for jewels due to which immolated herself.

It was submitted by the appellant that the deceased did not want her husband to move to Saudi Arabia which led to her quarrel with the husband and other members of the family and was the root cause of the suicide. The appellant’s counsel pleaded that her(appellant’s) act did not amount to harassment under Section 498A of IPC and alternatively pleaded a lenient view while imposing the sentence since she is 80 years old.

The court observed that after going through the records of the trial court and the High court and the evidences submitted by PW1 & PW2 (mother & father of the deceased)  it was stated that their daughter was constantly subjected to harassment for jewels. With regard to all the observations, the court said that the appellant is guilty under Section 498A.

With regard to the pleading on leniency, the court stated that merely because long time has passed in concluding the trial and/or deciding the appeal by the High Court, is no ground not to impose the punishment and/or to impose the sentence already undergone. When an offence is committed by a woman to another woman, it becomes more serious. Since, the deceased was alone due to her husband being abroad, she needed support from her mother-in-law instead of harassment for jewels. The cruelty made her more vulnerable which led to her suicide. Therefore, the court rejected leniency in this matter. However, keeping the age of the appellant in consideration, the court proposed to reduce the sentence to three months R.I. from one year.

The appeal was partly allowed and the appellants bail bond was cancelled, and she was charged under Section 498A IPC.