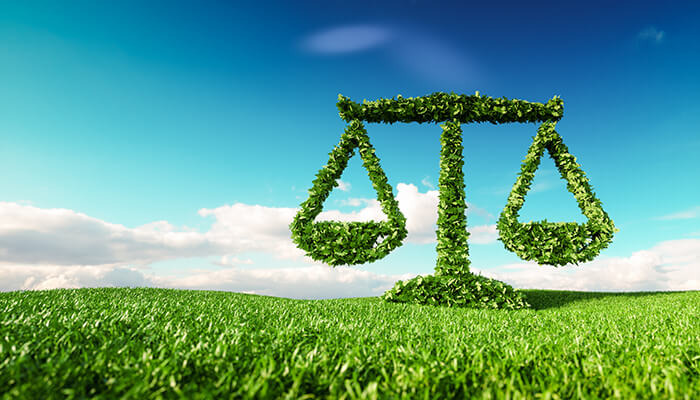 The adequacy and planning pertaining to measures necessary at the local level for ideal waste management, was considered by the NATIONAL GREEN TRIBUNAL, PRINCIPAL BENCH, NEW DELHI, before a bench consisting of Adarsh Kumar Goel, Chairperson; Sudhir Agarwal, Judicial Member; Brijesh Sethi, Judicial Member; and Saibal Dasgupta, Expert Member, in the matter of Dr Chaitanya Bhandari vs. Uttarakhand Environment Protection and Pollution Control Board [Original Application No. 294/2020], on 12.01.22.

The grievance in this application is against failure to scientifically manage the dumping ground at Gairsain, District Chamoli, Uttarakhand, for disposal of waste, in violation of Solid Waste Management Rules, 2016 (SWM Rules). According to the applicant, the dumping ground is at the height of a gorge, 10 meters from the river Ram Ganga, as against the requirement of distance of 100 meter. The waste is falling into the river. Leachate is also seeping into the river. The waste is being burnt also. Unscientific management is inviting birds and animal menace. The smoke and smell are adversely affecting the health of the inhabitants.

A complaint was lodged with the SDM, Gairsain on 23.03.2017, followed by complaints with the Nagar Panchayat and District Magistrate but no remedial action has been taken. Vide order dated 21.12.2020, an action taken report was sought from District Magistrate, Chamoli, Uttarakhand, State PCB and Nagar Panchayat Gairsain. The matter was thereafter considered on 11.11.2021 in the light of report filed by the State PCB on 29.09.2021, acknowledging unscientific handling of waste. The Tribunal directed the State PCB to take remedial action as per SWM Rules to remediate the waste. Secretary, Urban Development, Uttarakhand and Member Secretary, State PCB were required to remain present to report the waste management plans for the towns with population less than one lakh in the State.

In pursuance of the above, a report dated 11.01.2022 had been filed by the Secretary Urban Development, Uttarakhand, mentioning the steps taken to handle the waste at Gairsain. It was stated that the legacy waste of about 20 tonnes will be processed at Rishikesh Legacy Waste Processing Facility with Bio-remediation. Report had also been filed by the State PCB on 07.01.2022 giving the status of waste management.

Considering the facts and arguments in the present case, the Tribunal held that it is absolutely necessary to ensure that, proper manifest system is followed to confirm waste reaches to the identified site only and this needs to be monitored by State PCB. The Tribunal acknowledged that the Secretary, Urban Development, Uttarakhand stated that DPRs for 88 out of 100 municipalities have been duly approved and funds sanctioned and disbursed. The Tribunal took note of the plan that in future, monthly proceedings as a result of monitoring will be uploaded on the website by the Director, Urban Development Department. It was seen that plans are underway to fully comply with the SWM Rules throughout the State. The Tribunal thus held that the compliance of SWM Rules may be ensured by the Urban Development/Local Bodies Department, District Magistrates, and the State PCB and all other concerned statutory authorities. It recognised that towns with less than one lakh population and particularly, located on hilly terrain need to adopt standardized waste processing packages and residue/rejects need to be properly managed. It also stated that the State Urban Development Department needs to set up mechanism at District level for setting up of waste recycling system to follow environmentally safe practices.

It was directed that the Chief Secretary, Uttarakhand may provide status of the present matter along with overall status of solid waste management in the State. Additionally, it held that if any grievance survives, it will be open to the aggrieved party to take remedy in accordance with law. Accordingly the application was disposed of by the Order.