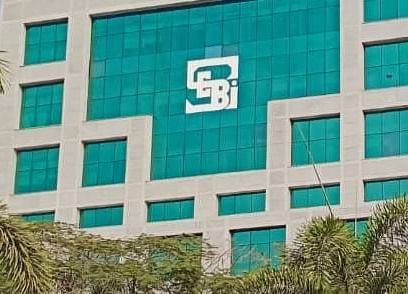 A monetary penalty imposed on Noticee for conducting non-genuine trades and for violation of PFUTP Regulations, 2003 – THE SECURITIES AND EXCHANGE BOARD OF INDIA

The Noticee Manoharlal Wadhwani HUF was found to be involved in reversal trade of shares and this made erroneous trading in stock options this made the noticee   liable for violating  section 15-I of SEBI act,1992 and PFUTP regulations,2003, and a monetary penalty was imposed on noticee  by the adjudicating officer RAM RUDRA MURARI (Order/RM/RV/2021-22/14710)

The background of the case is SEBI detected a large-scale shift of trades in the Stock Options of the Bombay Stock Exchange that lead to the creation of artificial volume in the stock options segment. An investigation was conducted and it was found that a total of 2,91,643 trades comprising 81.38% of all the trades executed in the Stock  Segment at the BSE during the investigation period were trades that involved a shift of buy and sell positions by the clients and counterparties in a contract and the noticee was found suspicious because reversal trades made by him comprised of the significant difference without much correctness for the change in the contract price. this resulted in the generation of artificial volumes and leading to allegations against the noticee for violation of the provisions of regulations 3(a),(b),(c),(d) and regulations 4(1),4(2)(a) of the SEBI regulation, 2003.

The case was decided by the adjudicating officer and It was found out that when dealing with the stock option contracts at BSE during the Investigation Period, the Noticee had committed reversal trades that were non-genuine and this had resulted in a generation of artificial volume in stock options contracts at BSE. Reversal trades are those trades in which an entity shifts its buy or sell positions in a contract with subsequent sell or buy positions with the same counterparty during the same day. The said reversal trades are considered to be non-genuine as they are not conducted in the normal course of trading, lack basic trading rationale, lead to a false or misleading appearance of trading in terms of generation of artificial volumes and hence these trades are deceptive and manipulative and from the pattern of the trades, it was found that there was a prior meeting of minds to execute the reversal trades at a predetermined price. Since these trades were conducted in illiquid option contracts. And from direct evidence, it was concluded that the Noticee had a pre-deal with the counterparty and is known to him because the behavior of the Noticee confirms that the aforesaid non-genuine trades cannot be made possible without a meeting of minds at some point in time.

From the investigation and the evidence, the officer finds the Noticee liable for monetary penalty under the provisions of section 15HA of the SEBI Act and therefore the Noticee indulged in the execution of reversal trades in stock options on BSE in the Investigation Period which was non-genuine and created a false and misleading appearance of trading in terms of artificial volumes in stock options, leading to violation of regulation 3(a), (b), (c), (d), 4(1) and 4(2)(a) of PFTUP Regulations, 2003.