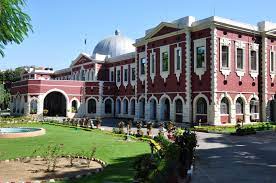 The question as to commission of offence punishable under Section 20 of the Narcotic Drugs & Psychotropic Substances Act, 1985 was examined by THE HIGH COURT OF HIMACHAL PRADESH , consisting of Chander Bhusan Barowalia in the matter of State of H.P vs. Kundan Lal  [ Criminal Appeal No. 511 of 2010 ]  on 21.6.2018.

The facts of the case were that a police party was at place Jari in connection with investigation of FIR . Police personnel received secret information that accused is involved in selling of narcotics. On the way, the police associated independent witnesses, i.e., Smt. Saraswaati Devi and Shri Dot Ram. An intimation in compliance of Section 42 of the Act was reduced into writing and the same was sent, through Constable Sanjay Kumar, to Additional Superintendent of Police, Kullu. After receipt of the information, the Additional Superintendent of Police made an endorsement thereon and HC Nirat Singh made an entry. SI Onkar Singh alongwith the independent witnesses went to the shop of the accused, where the accused was present. Firstly, SI Onkar Singh gave his personal search to the accused, but nothing incriminating was found. Subsequently, search of the shop and residential room of the accused was conducted and a polythene bag was recovered, which was kept in a trunk. The said bag was checked and it was found to have contained charas in ball shape. On weighment, the recovered contraband was found to be 500 grams. The contraband was taken in possession and sealed with six seals having impression H. Facsimile seal was taken on a separate piece of cloth and seal, after its use, was handed over to Constable Munish Kumar. Photographs of the spot were also taken. Rukka was prepared and it was sent to police station, through HC Mukesh Kumar, whereupon FIR registered by ASI Rattan Chand and the case file was handed over HC Mukesh Kumar. Site plan was prepared and the statements of the witnesses were recorded. NCB form, in triplicate, was filled in on the spot. The accused was arrested and the case property was produced before ASI Rattan Chand, who resealed the same with four seals having impression E and the seal impression was taken on a separate piece of cloth. ASI Rattan Chand filled in the relevant columns of NCB form and the case property alongwith other documents was entrusted in the custody of MHC Ram Krishan qua which he made an entry at1 of the malkhana register.  Constable Kishan Chand took the case property alongwith the documents to FSL, Junga, and after deposit of the same in FSL, Junga, receipt was handed over to MHC Ram Krishan. A special report was prepared and it was submitted before Additional Superintendent of Police, who after endorsing the same, handed over the same to HC Nirat Singh. HC Nirat Singh made an entry qua the special report in the register. Forensic analysis report demonstrated that the sample of contraband contained 46.88% W/W resin and thus it was charas. After completion of investigation, challan was presented in the Court.

The learned Counsel for the respondent  contended that after re-appreciating the evidence the accused be convicted, as the learned Trial Court has failed to appreciate the evidence correctly and the appeal be allowed.

The High Court of Himachal Pradesh  held that it is more than safe to hold that the prosecution has failed to prove the guilt of the accused beyond reasonable doubts and the findings of acquittal, as recorded by the learned Trial Court, needs no interference, as the same are the result of appreciating the facts and law correctly and to their true perspective. Accordingly, the appeal, which sans merits, deserves dismissal and is dismissed.