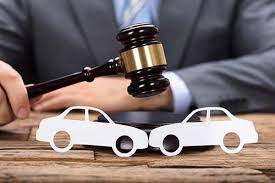 Father is likely to have his own income and will not be considered as a dependant and the mother alone will be considered as a dependant. In the absence of evidence to the contrary, brothers and sisters will not be considered as dependants, because they will either be independent and earning, or married, or be dependent on the father. Such an opinion was given by the Hon’ble Allahabad High Court before Hon’ble Justice Subhash Chandra Sharma in the matter of Karan Singh vs  Mandaliya Prabandhak National Insurance Co. Ltd. And Ors [FIRST APPEAL FROM ORDER No. – 443 of 2006].

The fact of the matter was that the deceased Vivek Kumar Singh son of appellant was traveling by bus from Delhi, as it arrived at the limit of police station Gabhana, a truck coming from the opposite direction (Aligarh) driven rashly and negligently by its driver collided with the bus in which deceased Vivek Kumar Singh sustained injuries and died. Learned Tribunal on the basis of pleadings and after appreciating the evidence brought on record by the parties, both oral and documentary held that accident took place due to rash and negligent driving of the drivers of both the offending vehicles and determined the liability 50-50% and awarded a sum of Rs. 85,000/- along with 6% interest. Aggrieved by the said order, the plaintiff preferred the instant appeal.

The Hon’ble High Court held that the Tribunal errored in calculating in presuming the notional income of the deceased Rs. 15000/- p.a. on the place of Rs.36000/- and the multiplier prescribed for the age group of 21-25 years is 18.

Additionally, the Hon’ble High Court also held that “Thus even if the deceased is survived by parents and siblings, only the mother would be considered to be a dependant, and 50% would be treated as the personal and living expenses of the bachelor and 50% as the contribution to the family. However, where the family of the bachelor is large and dependent on the income of the deceased, as in a case where he has a widowed mother and a large number of younger non- earning sisters or brothers, his personal and living expenses may be restricted to one-third and contribution to the family will be taken as two-third.”

Finally, the Hon’ble High Court allowed the appeal of the claimant and granted an award of Rs. 483,600/-