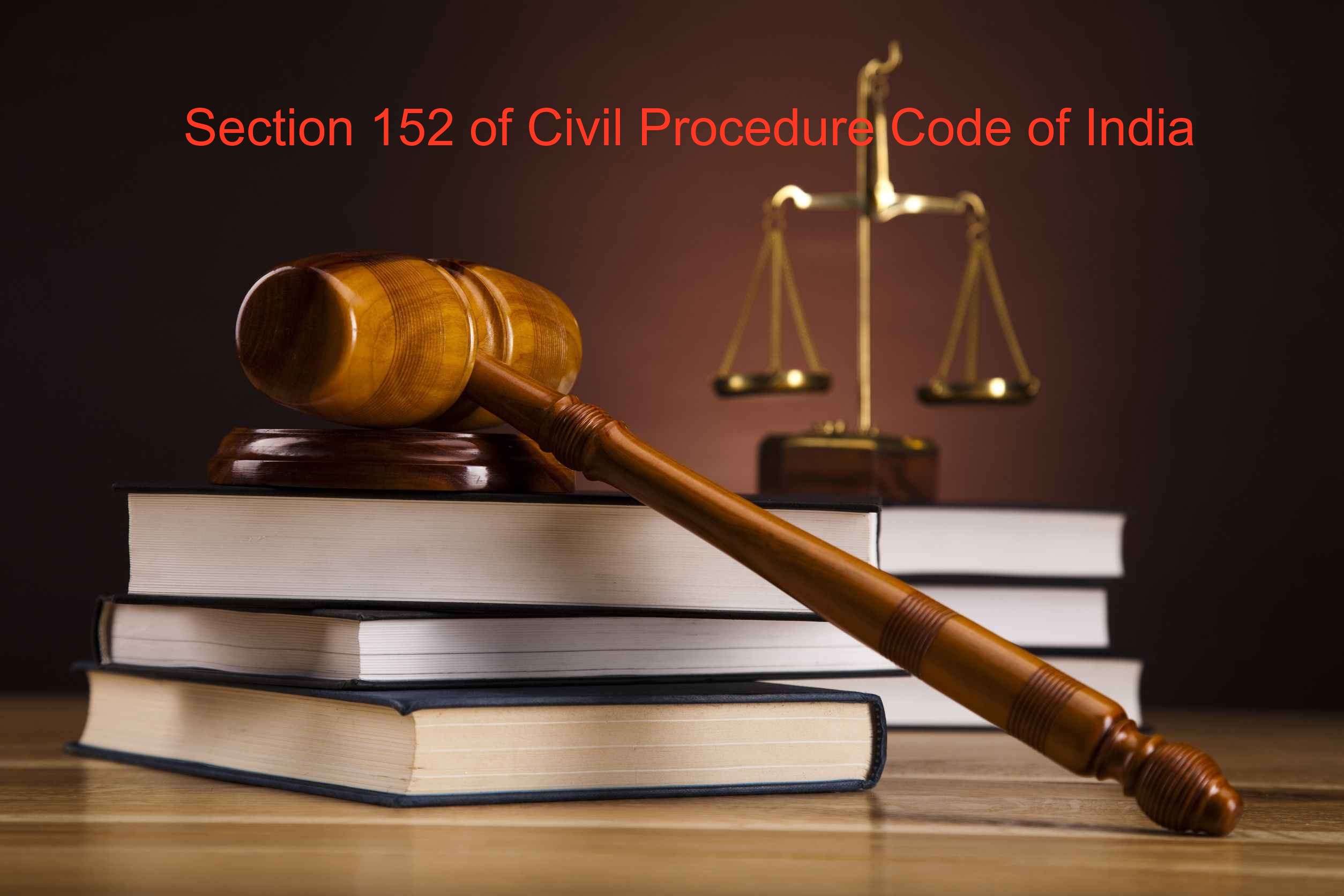 Section 152 of The Code of Civil Procedure applies to clerical and arithmetical mistakes in judgments, decrees or orders or errors arising from any accidental slip or omission which may be corrected by the court any time after passing of the order either on its own motion or on the application of any of the parties who seeks such correction. The language of Section 152 is based on the presumption that the mistakes are of a clerical nature without touching upon the merits of the matter or being capable of altering the effect of the order by changing the liabilities or obligations of the parties before the court. In the Hon’ble High Court of Calcutta led through the single-bench by Justice Moushumi Bhattacharya in the matters of Square Four Assets Management & Reconstruction Co. P. Ltd & Ors. v. Orient Beverages Ltd. & Ors.[CS/144/2016]

The facts of the case are the plaintiff filed an application in the suit under Chapter XIIIA of the Original Side Rules of this Court for final judgment against defendant no.2 for eviction and recovery of vacant and khas possession of an area of 22,500 sq. ft., equivalent to 31,500 Sq. ft. of super built-up area on the 4th, 5th and 6th floors of the building on the demised premises. The plaintiffs also claimed for final judgment determining the occupational charges and mesne profits payable by defendant no.2 in respect of the said area.

The suit was, accordingly, decreed for Rs.4,67,99,250/- together with interest at the rate of 8% per annum simple interest from the date of the order till payment to the plaintiffs. The balance claim of the mesne profits was referred to the Special Referee appointed by the court for determination.

The prayer for correction of the order is resisted by Mr S. N. Mookherjee, Senior Counsel and Mr Joy Saha, Senior Counsel appearing for the plaintiffs who submit that the application is not only belated but that defendant no.2 has not challenged the decree dated 11th July 2017. According to counsel, this is not a case that falls under Section 152 of the CPC and that the Minutes of the meeting relied upon by defendant no.2 has been disputed by the said defendant itself on the lack of authority of the person representing the defendant no.2.

The court concluded “The alteration of the figure of the area is not in the nature of an accidental slip or omission by the court which can be corrected at any time after the pronouncement of the order. The salutary practice of a court becoming functus officio after a judgment has been delivered is for the benefit of litigants who rely upon the certainty of orders for an effective implementation thereof. There must also be closure of proceedings so that parties can take the next course of action. Litigants cannot remain in limbo as to the finality of orders and judgments. Samarendra Nath Sinha vs. Krishna Kumar Nag; AIR 1967 SC 1440, relied on behalf of the defendant no.2 involved an arithmetic error made by the court by reason whereof Section 151 of the CPC was relied upon and the court was of the view that errors arising from such omissions can be subsequently corrected even after a judgment has been pronounced and signed by the court.”

Though, the present case is not one where the so-called mistake in the judgment and order dated 11th July 2017 can be reduced to a mistake through inadvertence or oversight and hence capable of being corrected under Section 152 of The Code of Civil Procedure.

The High Court of Calcutta directed “By reason of the above, this court is not inclined to allow the relief claimed in G.A. No. 501 of 2018, including for appointment of a Surveyor for measuring the portion of the suit premises which was in occupation of the petitioner. The application is accordingly dismissed without any order as to costs.”