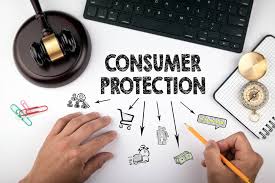 The OP had promised the Complainant that he is a capable developer and would deliver a fully constructed Flat within two years. However, the OP failed to do so even after the parties entered into sale and construction agreements. Excuses of procedural delay in receiving permissions were given. It should be noted that the project is still incomplete. Thus, the Commission was right in holding the acts of the OP as using unfair trade practices and providing a deficient service to the Complainant. This was observed in the matter of D. Vijay Krishna v. M/s G.R. Promoters, [CC/564/2019] presented before the Hon’ble Presiding Member Mr. Ravishankar and Member Mrs. Sunita Channabasappa.

The Complainant alleged deficiency of service and prayed for a compensation of Rs. 56,07,900 with interest from the OP. The delay in possession also made the complainant devoid of facilities such as the swimming pool, garden and other such amenities; but has been directed to pay the electricity charges. Further, the OP began avoiding contact with the complainant, was always unavailable in their office and that is why the Complainant resorted to take up legal action.