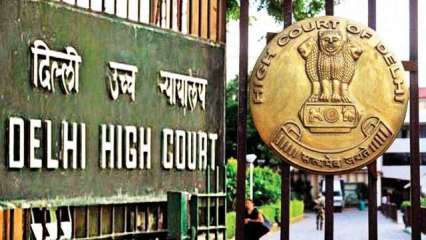 It is pertinent to note that an operation of this complexity, i.e., to aid an undertrial of notorious credentials escape lawful custody, has wide ramifications that may shake the confidence of the public in the police administration as well as the criminal justice system as held by the High Court of Delhi through the learned bench led by Hon’ble Mr. Justice Subramonium Prasad in the case of Bhupender Singh @ Bhuttan V. State (Nct of Delhi) (BAIL APPLN. 2991/2021).

Briefly the facts of the case are that an under-trial high risk prisoner Kuldeep @ Fajja, belonging to Gogi Gang, was taken to the OPD at GTB Hospital from Mandoli Jail. It is stated that after the check-up, Kuldeep @ Fajja was being taken back, and outside the building a group of 10-12 boys attacked the group of policemen. Two of the accused persons, who were minors, threw chilly powder in the eyes of the police. Two persons were injured badly in the cross-firing at the hospital and one of the injured passed away. The assailants succeeded in helping Kuldeep @ Fajja escape from the jail custody. The petitioner was arrested on 28.03.2021. It is stated that the role of the Petitioner in the escape of Kuldeep @ Fajja was instrumental as he took the ill-famed gangster on his scooty/bike bearing registration number DL-11-SS-5507 from Jaipur Golden Hospital towards Sector 3 Rohini. In his disclosure statement, the petitioner herein stated that he received an international call on 24.03.2021 from Kuldeep @ Fajja stating that he will escape from Police custody and he asked the petitioner to make arrangements for his stay. The statement stipulates that the plot for this escape was hatched in January/February 2021 and he was communicating the plan of executing the escape with the other co-accused through frequent WhatsApp calls. The Petitioner picked Kuldeep @ Fajja from Jaipur Golden Hospital, took him on his scooty and headed towards Village Naharpur, Sector 3 Rohini. The Petitioner’s bail application was rejected where the Ld. Sessions Court observed that in the chain of events that occurred, the petitioner played an instrumental role in the conspiracy to aid undertrial Kuldeep @ Fajja escape from lawful custody. Further, the Ld. Court noted that criminal conspiracy is a matter of inference and is to be decoded after an analysis of the sequence of events by joining the dots.

The Hon’ble Court held, “This Court needs to bear in mind that the act was meticulously planned and swiftly implemented. The conspiracy of helping Kuldeep @ Fajja escape from the lawful judicial custody is of huge magnitude which could have serious effects on public safety and graver consequences on society as a whole. To execute this conspiracy, it required skill, tact and a high level of intricate planning and plotting. Additionally, granting bail at this juncture to the accused has the potential to encourage copycat criminal behaviour. The conspiracy being so deep-rooted requires to be examined at trial and cannot be summarily adjudged upon by this Court. Further, tampering of evidence or influencing witnesses also cannot be ruled out. In light of the above, this Court is, thus, of the opinion that no case for bail is made out at this stage.”