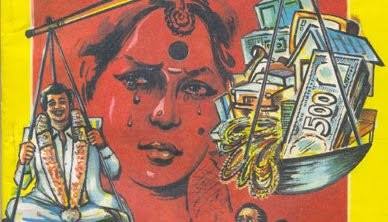 The facts of the case were related to a Criminal appeal made against a judgment order passed by the Ld. Additional Sessions Judge dated 06.05.2019. It was reported that Sri Maheshwar Das’s daughter was given to marriage with Mithun Das, and was given all his demanded articles. A sum of Rs 50,000 was also given for his business. Even after fulfilling all the demands, the daughter was tortured by the husband and his family. Further one day Mr. Das’s daughter was hospitalised and when the father along with others reached the hospital, he found his daughter bleeding from multiple injuries and later she was declared dead. It was alleged that the husband and his family killed her under a conspiracy. Therefore, an FIR was lodged against the accused under sections 498A/304B/34 of IPC.

It was revealed during the investigation the deceased was tortured mentally and physically every day by the accused and his family and demanded more dowries. Ultimately, the husband inflicted a blow upon her head by an ‘Axe’ resulting in bleeding injuries. The “Axe” was presented before the court but no bloodstain was found. The matter was later taken to the Court of Sessions. The learned sessions judge considered the materials on record and heard both sides, framed charges against the accused persons for commission of an offence punishable under Section-498A/304B/302/34.

Furthermore, it was observed that the accused suffered from schizophrenia and was under treatment at Modern Psychiatric Hospital and according to the psychiatric doctors, the accused was suffering from a mental disorder and required further observation as an inpatient. On this, The Hon’ble Court stated that the detailed history of the patient was failed to be explained by the prosecution. This created a serious doubt on the prosecution case for which, the accused was liable to get the benefit of Section-84 of IPC.

Considering all the submissions, The Hon’ble Court held that “In view of above and having regard to the entire evidence and materials on record, I am of the opinion that prosecution has failed to prove the case beyond reasonable doubt and hence, the order of acquittal recorded by the learned Sessions Judge does not deserve interference. Accordingly, the criminal appeal filed by the State-appellant stands dismissed. The Judgment and order of acquittal passed by the learned Sessions Judge are affirmed.”