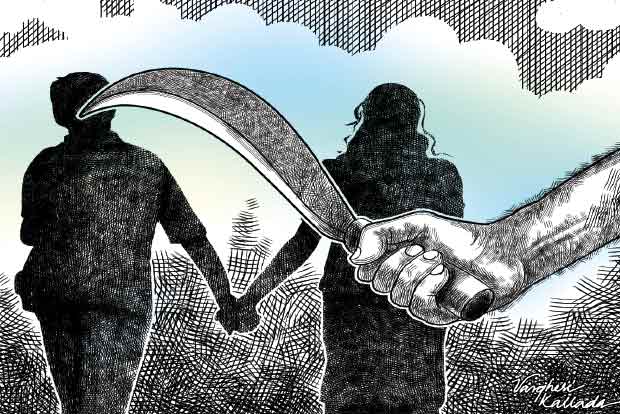 The petitioner was alleged of killing the informant’s son. The grounds were formed by the petitioner and claimed that the allegations were not valid and that the informant’s son was suicidal and the allegations were only based on suspicion. The Court after considering the facts and circumstances granted the pre-arrest bail and the application was disposed of on the terms and conditions. The Hon’ble High Court of Patna before Justice Mr. Ahsanuddin Amanullah in the matter Hakimudin and ors v. The State of Bihar[Criminal Miscellaneous No. 34666 of 2020].

The facts of the case were that the petitioner was apprehended arrest in connection with Case, instituted under Sections 302, 201/34 of the Indian Penal Code. It was alleged that the accused have killed the informant’s son.

The petitioners’ learned counsel argued that they have been charged solely on suspicion because they were allegedly spotted fleeing the scene of the crime. It was argued that there was no witness to the crime, and even less so to the petitioners’ involvement. It was said that the false insinuation stemmed from a previous land dispute between the parties, in which a skirmish occurred ten days previous to the incident and both sides filed a lawsuit against one other. Witnesses said throughout the investigation that the deceased had a sluggish intellect and had previously attempted suicide.

The deceased’s body was also found to be free of any injuries, according to the post-mortem report. It was also claimed that independent witnesses had plainly said that the deceased was of a sluggish mind and that he had taken the extreme step because the informant had failed to accompany him when he went out of the village, resulting in the deceased’s suicide. Furthermore, it was claimed that even the informant has simply generated suspicions that the petitioners may have killed his son because of a previous quarrel between the parties, even though there is no evidence to back this claim.

The Informant also did not controvert the witnesses and findings of the post mortem report. Also, the body of the deceased was found hanging.

The Hon’ble High Court Of Patna allowed the pre-arrest bail on the terms and conditions of cooperation. The application was hence disposed of.