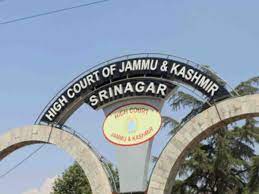 There must be awareness of the detaining authority of the fact that the detenu is already in detention and there must be compelling reasons justifying such detention, despite the fact that the detenu is already under detention This was held in the judgment passed by a single judge bench comprising of HON’BLE MRS. JUSTICE SINDHU SHARMA, in the matter of Ali Mohammad Charloo V. Union Territory of J&K and others [CRMC no.27/2011], dealt with an issue where the petitioner filed a petition challenging his detention passed by the District Magistrate, Srinagar in exercise of his powers under section 8 of Jammu & Kashmir Public Safety Act.

The detenu is a member of National Conference Party, a regional political party of the erstwhile State of Jammu and Kashmir. The detenu being an active Member of the party has represented his party in elections held in 1996, 2002, 2008 and 2014 and has also secured the mandate of people. He also held various portfolios as Minister of Home Department, Department of Law, Justice and Parliamentary Affairs and R&B Department.

Article 370 of the Constitution of India came to be abrogated on 5 th /6th of August, 2019 and apprehending opposition by the petitioner in this regard, he was arrested on 6 th of August, 2019 under sections 107 and 151 Cr.P.C. The order of detention was, however, passed on 05.02.2020 by the detaining authority with a view to prevent him from acting in any manner prejudicial to the maintenance of public order.

Counsel for the petitioner submitted that the petitioner is an active member of National Conference Party, who has always worked within the framework of Constitution of India. It is also the role of opposition to criticize policies of the Government to see that the same are within the framework of Constitution of India for the welfare of the citizens. He, however, submits that the detenu has never been involved in any activity against the maintenance of law and public order. He while reiterating the grounds of detention submitted that the detention order is liable to be quashed because the detaining authority has not shown its awareness to the fact that the detenu was already in custody, and it has not assigned any compelling and cogent reasons for passing the order of detention. Reliance has been placed on judgment in Thahira Haris & ors. vs. Govt. of Karnataka & ors.

Counsel for the respondent submitted that it was found necessary to detain the detenu to prevent him from acting in a manner prejudicial to the maintenance of public order and all statutory and constitutional guarantees, have been complied and the grounds of detention were provided to the detenu within the statutory period prescribed under section 13 of the Act.

After hearing both sides, the Hon’ble High Court of Jammu and Kashmir allowed the petition and held that the impugned detention order passed by the District Magistrate, Srinagar is hereby quashed. And Respondents shall set the detenu at liberty forthwith, provided he is not required in any other case.