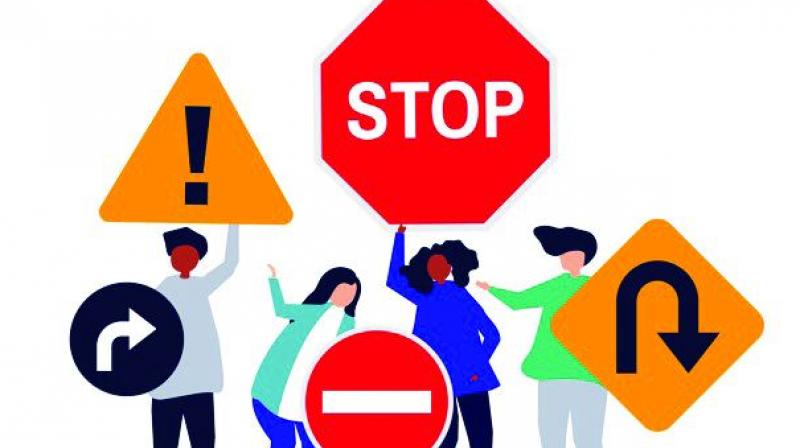 It is pertinent to note that Traffic Legal Rules are one of the most important rules that are in violation, most of the times by both the citizens and the Traffic Police. That is why it becomes important to be acknowledged these rules and some facts that might lead to violation of the basic rights of both citizens and the authorities. It is evident that the instances wherein people might be violating the traffic rules are augmenting with the increase in the level of traffic-on-roads. The idea is not to be acquainted by any law books to have the basic traffic legal aspect through law books, and statutes. These are just simple rules and regulations that also act as guidelines towards your distinct actions as per norms of the roads.

KEEPING IN MIND THE NECESSITIES

It is to be noted that most of the rules are totally ordained by the Motor Vehicles Act of 1988. However, it does not need an arduous interpretation of its provisions, the same is manageable on the reader’s end.

The traffic rules as per Section 3, the basics of the traffic rules emerge. The section simply states the necessity of having a driving license or an instructor (carrying a valid license), to guide the driver of any given vehicle. As we turn around the pages of the act, the whole code of conduct of traffic norms can be seen. It is advised for the drivers, and in fact every citizen to be in cognizance of these major rules, and provisions, provided as per the act. Some of these are mentioned below.

It can be devised that these regulations are not in contravention to any liberty, or in violence of any fundamental rights, or religious rights. These regulations are simply sanctioned by the government in order to protect the mishaps and other road-accidents that may not only intrude the lucrative flow of traffic but also to avoid deaths, and other hazardous mishaps in the flow of traffic.

The dichotomy of “what is legal” or “what is illegal” as per the traffic rules and regulations is quite vast than what one expects it to be. Therefore, it is advised to read the provisions and the guiding regulations provided as per the road and traffic control authorities, and to have a bit cognizance of any new law or any such ordinance that has been mandated. The idea is not only to be fully equipped with lawful actions of driving, but is also to protect the rights of both citizens and the authority in order to maintain law and order in the society, and smooth functioning of traffic on roads.