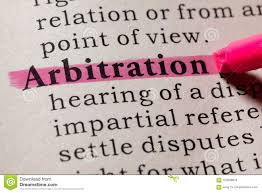 Justice (Retd.) V.K. Shali was appointed by the Honorable Delhi High Court as the sole arbitrator as held by Hon’ble Mr. Justice Suresh Kumar Kait in the case of Jindal India Limited vs. The Oriental Insurance Company Limited [ARB.P. 781/2021].

The facts of the present case are such that the petitioner claiming to be a producer of galvanized steel sheets, corrugated sheets, and coils, and exports its products to numerous countries across the globe and also supplies galvanized and black pipe segments to the oil and gas industry. Has taken an Insurance policy from the respondent Oriental Insurance Company Limited which is a state-owned non-life insurance company in India.

On 27.09.21 an accidental fire broke out in the petitioners’ plant at jangalpur which caused significant damage to its aluminum foil rolling mill. In the present matter, the petitioner claimed to have suffered damages and have claimed to be covered under “Material Damage and Business Interruption” of the policy. The petitioner has made a claim of INR 19,31,69,106 whilst the surveyor namely Bhatawadekar Insurance Surveyor and Loss Assessors Private Limited appointed by the respondent assessed the damages to be at INR 13,31,13,073.

After which the respondent issued INR 3,84,80,892 to the settlement of the 8I/LOP claim which is arising under the policy between the parties. The present petitioner asked for a copy of the report from the respondent, however, the petitioner alleges that the respondent’s reply did not contain the reasons for the assessment and after this, the clarification asked by the petitioner remained unanswered.

In the present dispute, the Honorable Court concluded that the dispute is to be referred to an arbitrator under General Condition No.12, as contained in the insurance policy No. 311700/11/2017/711. In the present issue the petitioner has already nominated their arbitrator however the respondent has failed to respond within the stipulated time period of 30 days. The respondent has submitted to resolve the disputes inter se parties and in light of this the sole arbitrator is to be appointed by the Delhi High Court.

Therefore, in the aforesaid issue, Justice (Retd.) V.K. Shali has been appointed to adjudicate the dispute between the present parties. The fees of the arbitrator are to be decided according to the Fourth Schedule of the Arbitration and Conciliation Act, 1996.