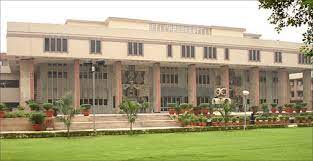 Pro-rata pension system has to be subjected to 15 years of services in the Air Force. If otherwise, exceptions are proven, then a lower set of time period can be considered only upon proving of such exception. The above has been observed in a recent matter in Delhi High Court. The matter was heard in Nemai Chand Ghose v. Union of India Ministry Defence Through its Secretary 7 Anr. [W.P. (C) 4976/2021]. The Proceedings for the same were held on September 13th, 2021, which was presided by a division bench, consisting of Justice Manmohan and Justice Naveen Chawla.

It was contended by the respondents that taking into consideration the regulation 121, the petitioners haven’t duly met the guidelines and requirements to the same. It was alleged that the petitioners only had the rendered qualifying services for 11 years and 133 days.

The court, after due consideration of the arguments, facts and evidences, held that if within the twelve weeks of the order, if the petitioner reliable claims made by the virtue of above precedents could be proven, then the respondents have to be adhered to the payment of pro-rata pension. Further, it was also opined that if there arises any such situation wherein Respondents are in need of certain documents to corroborate the claim, then such documents shall be subjected to be furnished by the petitioner within a week. In its last remarks, the court held that in case, “if the arrears of pro rata pension are not paid within twelve weeks, the same shall also incur interest thereon @ 7% per annum from the expiry of twelve weeks till the date of payment.”