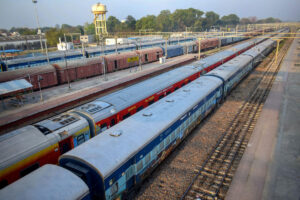 Tender based documents, however being very much similar, having different clauses, can’t be treated similarly and no such discrimination issue will be entertained in the court. The above opinion was given in the Delhi High Court, while hearing a matter of Shiv and Sons & Anr. v. Indian Railways Catering and Tourism Corporation Ltd. (IRCTC) [W.P.(C) 9179/2021 & CM APPL.28584-85/2021].  The matter was heard on September 6th 2021, and was presided by a single judge bench, consisting of Justice Sanjeev Sachdeva.

The factual background is as follows. E tenders were floated by the respondent in North, South, East and West zones for maintenance and provision of catering services in/through Jan Ahaars (kitchen unit) and refreshment room for a period of 5 years. Furthermore, Tenders were floated on different dates and bids were submitted by the petitioners for several such units.

The counsel on the behalf of the petitioners contended that they have been successful in 10 units. Further that the tender submission dates are different and different letter of awards have been issued to petitioners. Petitioners contended that they had been discriminated in so far as East and West zones are concerned as they were successful in submitting bids for East and West zones. They also submitted that differential treatment was given to the tenderers who have submitted bids in the North and South zones.

While referring the above precedents, and analyzing the facts in hands, the court in its judgment held that “there is no discrimination being meted out by the respondents, vis-à-vis similarly situated persons i.e. bidders of East and West zone who have participated in the tender process based on the same tender documents. Petitioners cannot claim discrimination vis-à-vis a tender document which contains different clauses.” Therefore, as a final verdict on the case, the court concluded with remarks “the Tender Documents of the East and West Zone on the one side and the North and South Zone on the other contain different clauses and as such there is no question of the Petitioners seeking equality with the bidders of the North and South Zone or raise the issue of discrimination”.