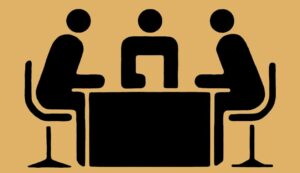 The court upholds the merits of an arbitral award wherein the award for extra items was without any evidence or basis, and decided not to interfere in the same. The case concerning was of ITMA Hotel India Pvt. Ltd. v. M/S AMMTYS Interior (India) Projects Pvt. Ltd [O.M.P. (COMM) 485/2020 and IA Nos. 8660/2020 & 8662/2020] filed under the purview of section 34 of the Arbitration and Conciliation Act, 1996. The above proceeding took place on September 6th 2021, which was presided by a single judge bench of Justice Vibhu Bakhru.

The facts of the above cases are as follows. ITMA is a company engaged in providing accommodation services. The respondent, being a company incorporated under the Companies Act, 1956 and, involves the business of construction, interior and decorator’s work. Petitioners through its consultant M/s Apeejay Surrendra Group  invited the respondents for execution of the work described as interior works of banquet, pre-function, banquet entrance lobby at the first floor of the hotel- ‘The Park, Kochi’. The respondent responded to the invitation to tender and thereafter, negotiations were held between the parties at the office of the Consultant. The same culminated in ITMA issuing Work Order no. 137 for executing the “interior works in the banquet hall, pre-function, banquet entrance lobby and male and female washrooms on the first floor of the Park Kochi”. The works were to be completed within a period of four months from the date of receipt of the said Work Order. During the course of execution of the works under Work Order, ITMA issued another work order to the respondent for execution of interior works in the restaurant including all lobbies as well as male and female washrooms located at the twenty-seventh and twenty-eight floor of the hotel. Disputes arose between the parties regarding non-payment of the Running Account Bills (RA Bills) by ITMA under both the Work Orders. In view of the disputes, the respondent invoked the Arbitration Clause of the Agreement. Further, in the arbitration proceedings, the award was given in the favour respondents. Therefore, Petitioner  filed the matter under the Hon’ble Delhi High Court.

It was contended by the Petitioners side that the Arbitration Clause under the Work Orders was confined to referring the disputes that arose in respect of the Work Orders and therefore, did not cover any claim for additional works. It was also stated that the said award should be said aside as being contrary to the agreement between petitioners and respondents. Respondents on the other hand, asserted to upheld the award.

After analyzing the arguments and the facts of the case the court held that “The contention that the impugned award is unreasoned and falls foul of the provisions of Section 31 of the A&C Act, is without any merit. A plain reading of the impugned award indicates that the reasons are articulated and the Arbitral Tribunal has provided sufficient reasons for the conclusions drawn by it. Merely because the contentions of the parties were extensively noted does not in any manner indicate that the findings rendered by the Arbitral Tribunal are, unreasoned.” By setting aside the petition, the court gave a concluding remark that this Court finds no reason to interfere with the impugned award.