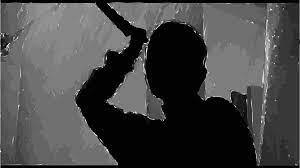 Non-examination of any independent witness culminated in hampering the credibility on the behalf of prosecution side. In a criminal suit filed under section 374 (2) read with section 383 of Criminal Procedure Code, 1973. The case involved a matter subjected to be heard as per 392, 394 & 34 of India Penal Code, 1860. The same was held in the matters of Sonu v. The State (Government of NCT), Delhi [CRL.A. 633/2020] on September 6th, 2021. Moreover, the bench was presided by a single judge bench, consisting of Justice Manoj Kumar Ohri.

The facts of the case are as follows. The complainant, Sunil, filed an FIR with the police on the following facts. One night while he was returning home, Sonu along with his 3 accomplices came and put knife to Sunil’s waist and demanded money and as a result they stole his belongings through coercive use of force. Further, Sunil was also given death threats, if he had told anything about the incident to anyone or any authority. However, without having second thoughts, Sunil went to the police station to lodge a complaint under the above mentioned legislations. Further on investigation, the facts were proven and the statements were recorded from both the side. At the time of cross-examination, in the trial court, discrepancies on the subject matter of the incident were seen and thereby, a dispute arose as to what constitute facts that can be taken as valid evidences. Due to the lack of clarity from the trial court judgment, the aggrieved party filed the case to the Delhi Court upon the same lines.

The learned counsel in the submission said that there existed material contradiction in the present case as to the place of the incident as both the FIR and the witnesses show two distinct places of incident. Various cases like Dudh Nath Pandey v. State of Uttar Pradesh, [(1981) 2 SCC 166], State of U.P. v. Babu Ram,  [(2000) 4 SCC 515], Munshi Prasad and Others v. State of Bihar, [(2002) 1 SCC 351] etc. were re-examined.

The court in its decision held that “it was imperative for the prosecution to cite independent public witnesses but none was produced. It is also worthwhile to note that evidence in the present case is replete with CRL.A. 633/2020 Page 10 of 10 statements that public persons were present at the time of incident and also at the time of arrest. However, for both occasions, no public witness has been cited. In fact, the first information about the quarrel was given by a third person from mobile number 9213970007, which resulted in recording of DD No. 69B. In the entire evidence, there is not even a whisper of any efforts having been made to trace the caller.”