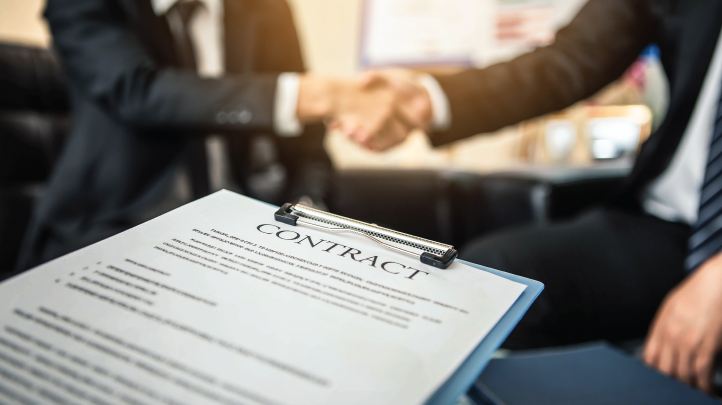 The Contract law clearly stipulates the requirements and procedure of forming a valid enforceable contract. Once a contract is formed, a party cannot try to escape its liability. This was held in the judgment passed by a two-bench judge comprising Hon’ble JUSTICES SUNIL B. SHUKRE & ANIL S. KILOR,, in the matter GMR Airports Ltd, GMR Nagpur International Airport Ltd. V. MIHAN India Ltd, dealt with an issue where the petitioner filed a petition against the respondent being aggrieved by action of the respondent of 1 annulling the bidding process without award of contract.

Petitioner no.1, a public limited Company. It claims to be an Airport developer and operator across the globe. Petitioner no.2 is a wholly owned subsidiary company of petitioner no.1 and it is a Special Purpose incorporated by petitioner no.1 for the purpose of implementation of the project for upgradation, modernization, operation and management of Nagpur Airport, for which bids were invited from qualified bidders through a tender floated by the respondent.

There were some negotiations between the petitioner and the respondent regarding the possibility of petitioner increasing it’s offer of revenue share, which petitioner did in-fact. Petitioner raised it’s offer of revenue share from 5.76 % to 14.49 %. Petitioner in doing so stated that although any upward revision in the offer may adversely impact the financial position considered by petitioner, it agreed to increase it’s offer, in view of request made by the Project Monitoring and Implementation Committee for importance of the project and larger interest of the people of Maharashtra and Nagpur.

Petitioners submitted that letter of acceptance is a Letter of Award and it’s acceptance by petitioner has resulted into a concluded contract between the parties. Petitioners also said that execution of Concession Agreement was the next step.

The respondent asserted that this is not a case of any concluded contract and no right whatsoever was vested in the petitioners by issuance of letter Respondent asserts that the letter is only a bid acceptance communication and not a Letter of Award. Respondent also submitted that, by this letter, it only communicated its acceptance of the revised bid for 14.49 % share in the gross revenue for the purpose of further consideration of the revised offer submitted by the petitioner.

After hearing both the parties, the Hon’ble Nagpur High court allowed the petition and quashed the impugned order as it did not find it sustainable in the eye of law. The court also held that impugned communication is arbitrary, unfair and unreasonable and, therefore, it deserves to be quashed and that this case does not involve a mere enforcement of contractual obligations, but involves an issue of enforcement of public law right arising out of contractual obligations.