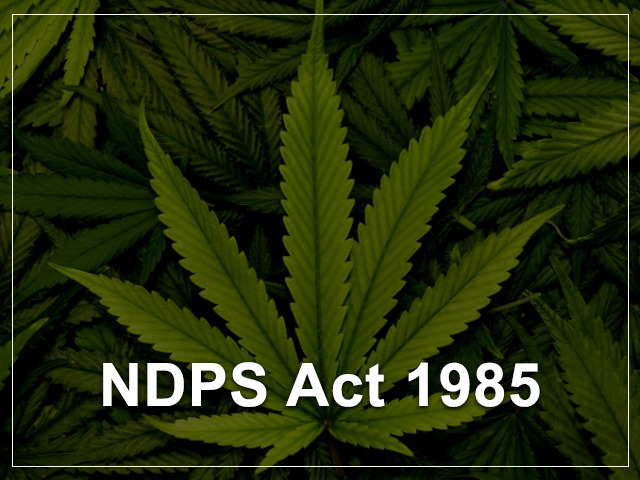 The Narcotic Drugs and Psychotropic Substances Act, 1985, commonly referred to as the NDPS Act, is an Act of the Parliament of India that prohibit a person the production/manufacturing/cultivation, possession, sale, purchase, transport, storage, and/or consumption of any narcotic drug or psychotropic substance. Section 67 of the NDPS Act states “Power to call for information, etc. Any officer referred to in section 42 who is authorized in this behalf by the Central Government or a State Government may, during the course of any enquiry in connection with the contravention of any provisions of this Act”. The judgment was given by the High court of Delhi in the case of Mahmood Kurdeya vs. Narcotics Control Bureau, Case no. [1030/2021]

The petitioner is a 23 old, Syrian national staying in Delhi as refugee pursuant to the registration and verification by the UNHCR since 2015 and has been falsely implicated in case no. viii/28/dzu/2018 of the respondent. The respondent on 24 the September, 2018 give a secret information was received by NCB officer that a Turkish national, namely, Erbil Han aged about 27 years is departing from IGI Airport by Turkish Airlines flight 717 at 0615 hours and was suspected to have concealed huge quantity of narcotics or psychotropic drugs in his baggage. After giving necessary permission from Superintendent, the NCB teams search the petitioner but not recovered anything from personal search but in his red bag a large quantity of drugs recovered.

The counsel for the petitioner contends that the only evidence linking the petitioner to the contraband recovered is the statement recorded under Section 67 of the NDPS Act by the officer. The counsel further stated that the statement given by the co-accused Arjun Elawd stands retracted. The co-accused Arjun Elawadi who was the alleged manufacturer and supplier of the banned substance who ultimately, financially gained from the alleged transaction has already been granted regular bail by the Court and hence on parity the petitioner is also entitled to bail. Further the counsel said that the statement recorded by the NCB under section 67 of the NDPs Act cannot be voluntary because the petitioner do not understand Hindi or English either and no translator was provided by the respondent.

The Court relied upon Supreme Court on judgment of Toofan Singh Vs. State of Tamil Nadu [2021] 4 SCC 1 was stated that “the statement recorded by the respondent under Section 67 of the NDPS Act can be used limited to the extent permissible under Section 27 of the Indian Evidence Act”.