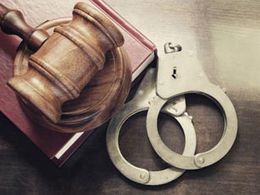 The F.I.R containing allegation which set the police in motion cannot quashed at the threshold stage. The FIR was filed against the petitioner under Section 5(1) (e) read with 5(2) of J&K Prevention of corruption Act Svt. 2006 read with Section 168 of IPC. Section 168 of IPC said that the whoever public servant and legally bound as public servant should not engage in trade activities and it is punishable offence with simple imprisonment for a term or may be extend to one year, or with fine, or both. The judgment was given by the High court of Jammu & Kashmir and Ladakh at Srinagar on the 20-08-2021 in the case of Mohabat Ali Khan vs. UT of JK and Ors., Case no; WP(C) No. 1619/2021,

By the Hon’ble Mr. Justice Ali Mohammad Magrey. The counsel for petitioner was Mr. Mohsin Qadri, Sr. Advocate with Mr. Mohammad Tahseen, Advocate and counsel for state represented by Mr. B. A. Dar, Sr. AAG Inspector Irfan Ul Hassan (IO) Anti-Corruption Bureau, Baramulla, present in person. The proceedings of the court were held via video conference. The petitioner has resigned from the post of Junior Assistant in the rural development department, kupware on 2017 and duly resignation was accepted by the respondent on 15-01-2018. After leaving the job, the petitioner started its own business of trade and pay income taxes on regular basis. The F.I.R was registered by the respondent under Section 5(1) (e) read with 5(2) of J&K Prevention of corruption Act Svt. 2006 read with Section 168 of IPC. The petitioner has challenged this F.I.R against him, stating that the present F.I.R was not disclose the commission of offence under Section 5(1)(e) read with section 5(2) of J&K Prevention of corruption act 2006 read with section 168 of IPC.

The Relief Petitioner seeks from court that the a writ of Mandamus was issues against the respondent for not causing any kind of interference into the business activities of the petitioner and quashing the impugned F.I.R

The counsel for the petitioner has stated that the present F.I.R does not meet essential ingredient for commission of aforesaid offence. Further, it was stated that the F.I.R does not disclosed that petitioner was retired from service and started his own business during course of government service. It was stated by counsel that the properties mentioned in F.I.R are not belonging to the petitioner name. The petitioner agreed that he started his own business activities with family members but after his resignation from government service therefore the F.I.R against him was false, frivolous and property mentioned in F.I.R belongs to some third person. The counsel said that Section 5 of the prevention of corruption act which make reference to criminal misconduct was not entirely drawn from the content of the F.I.R, although it was based on the judgment of Kanwarjit Singh vs. State of Punjab (2011, legal eagle (SC) 405).

To invoke Section 482 of Cr.P.C, the following circumstance need to meet;

The court relied upon the judgment passed by the Supreme Court in the case of AIR 1960 SC 866, 2008 AIR SCW 2778, AIR 2010 SC 201 and held that the scope of Section 561-A Cr.P.C corresponding to section 482 Cr.P.C has laid down some test; (i) where the allegation do not prima facie constitute any offence; (ii) the FIR did not disclose a cognizable offence; (iii) where the evident collected in support of FIR do not disclose commission of any offence; (iv) where there is an express legal bar engrafted in any of the provisions of the code or the concerned act; (v) where a criminal proceeding is manifestly or where the proceeding is maliciously instituted. Therefore, after applying this test in instant case, it was stated that the case is at infancy stage and did not fall in the ambit of 482 of Cr.P.C and fail to fall within corners of the test laid down.

The Court relied upon the judgment passed by the Supreme Court in the matter of K.L.E Society & ors v. Siddalingesh (2008 AIR SCW 1993), A.P Vs Bojjoori Kanthaiah (2008 AIR SCW 1998) and stated that “power is to be exercised cautiously, carefully and sparingly and Court has not to function as a Court of appeal or revision”.

The court after considering the facts and circumstances of the instant case, said that Court has only to verify that the allegations made in the FIR disclose or not disclose the commission of crimes, if it does, then it cannot be overridden in its primary stage. It is not suitable to expedite the investigation at its limit stage, if FIR discloses the practice of offenses; the High Court must not interfere with the investigation that would be amount to paralyzing the investigation and jurisdiction of legal authorities to exercise powers in accordance with the provisions of the Penal Code. In present case it appears prime facie that the allegation contained in the FIR related to the offence which are cognizable and non-cognizable warrant investigation. The petition has no merit therefore dismissed.