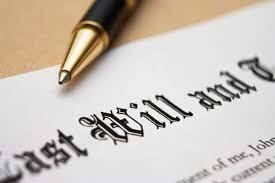 In the present appeal, the plaintiff is the deceased appellant. The plaintiff filed a suit under section 276 of the Indian Succession Act for the purpose of probation of the will dated 10th April 1960. A single-judge bench comprising of Chief Justice B.P. Routray adjudicating the matter of Bhagaban Sahoo v. Shyam Sundar Sahoo (AHO No.3 of 2000 & & AHO No.2 of 2000 ) dealt with an issue of whether to allow the present appeal or not.

Harekrushna is the testator and the plaintiff is the legatee in respect of the will. Harekrushna has 1/4th share in ‘B’ schedule property of the suit. He was a leper and died as a bachelor on 6th March, 1962. Though Plaintiff is the natural brother of Harekrushna, but was adopted to the brother of their natural father. Similarly, the defendant was the grandson of Banchhanidhi, another brother of natural father of Harekrushna and Plaintiff, has been adopted by Alekha belonging to another branch of the common ancestor Banamali.

It was submitted that by the plaintiff that Harekrushna in the later part of his life was kept in a Leprosy Ashram till his death. Before his death, Harekrushna executed an unregistered ‘Will’ in favour of the Plaintiff on 10th April, 1960 out of his free will in presence of the witnesses. Being a leprosy patient, he had lost the fingers and at the time of execution of the Will, the scribe attested the thumb impression (Santak) of Harekrushna on the Will in presence of the witnesses as per his direction as he was unable to put his signature.

As per the Defendants, no such will was executed by Harekrushna and the will is false and fabricated. It was also disputed that the testator died even before attaining the age of majority. Hence the interest of the testator in the joint family property is passed on to the surviving members of the joint family.

The appellants contend that the findings arrived at by the learned Single Judge in the First Appeals are contrary to the evidence and materials brought on record and as such, liable to be set aside.

Also regarding the date of the death, it was held that since there is no specific finding has been given by the learned Single Judge and he has opined that in absence of unimpeachable evidence from the side of the Defendants, it is difficult to arrive at any concrete conclusion if Harekruhsna died prior to the date of execution of the Will.