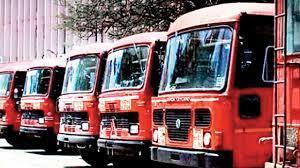 In this case, the Appellant was a conductor with the  Maharashtra State Transport Corporation (Respondent). During the period of service on 23.08.1990 it was found that while checking the bus in which the appellant was the Conductor that certain used tickets had been re-issued by him. A Departmental Enquiry was held and punishment of dismissal was imposed on the appellant on 22.07.1991.

A division bench comprising of Justice A.S. Chandurkar and Justice G.A. Sanap adjudicating the matter of Namdeo  v. Maharashtra State Road Transport Corporation(LETTERS PATENT APPEAL NO. 82/2010 IN W.P. NO.2467/1997 (D)) dealt with the issue of whether to allow the present writ petition or not.

The dismissal order was challenged by filing a complaint under Section 28 of the Maharashtra Recognition of Trade Unions and Prevention of Unfair Labour Practices Act, 1971

The Judge of the Labour Court found that the inquiry proceedings were conducted in a fair. and proper manner. After holding that the misconduct alleged against the appellant was proved, the Labour Court proposed to adjudicate whether the punishment of dismissal was valid. The Past records of the  Appellant were not satisfactory but the Court directed reinstatement of the appellant without settling previous back wages.

The present appeal was made against the impugned judgment of the Industrial court. It was submitted in the appeal that t the Labour Court as well as the Industrial Court having found that the punishment of dismissal was shockingly disproportionate had rightly modified the same by directing reinstatement without any back wages. According to him after the proceedings were decided by the Industrial Court, the services of the appellant were reinstated on 19.06.1998. However, subsequently, since it was found that there was an interim order of stay granted in the writ petition, the appellant was again removed from service on 20.04.2002. During this period the services of the appellant were satisfactory and on this court, it was urged that the order passed by the Labour Court as confirmed by the Industrial Court deserves to be restored.

The court after considering the submissions of both the parties observed that there is no merit in the letters patent appeal. It is an admitted position that the inquiry held against the appellant was fair and proper. It is further not in dispute that for about seven occasions the appellant was fined and on two occasions his annual increments were withheld. It is thereafter that the punishment of dismissal was imposed on him. The Labour Court as well as the Industrial Court despite noticing the past record of the appellant modified the punishment of dismissal. This error was corrected by the learned Single Judge and in our opinion rightly so. It was clearly a case of misplaced sympathy shown on the appellant.

Hence the submissions made by the Appellant cannot be relied upon and there is no error committed by the learned Single Judge while allowing the petition filed by the Corporation and therefore,the letters patent appeal is dismissed.