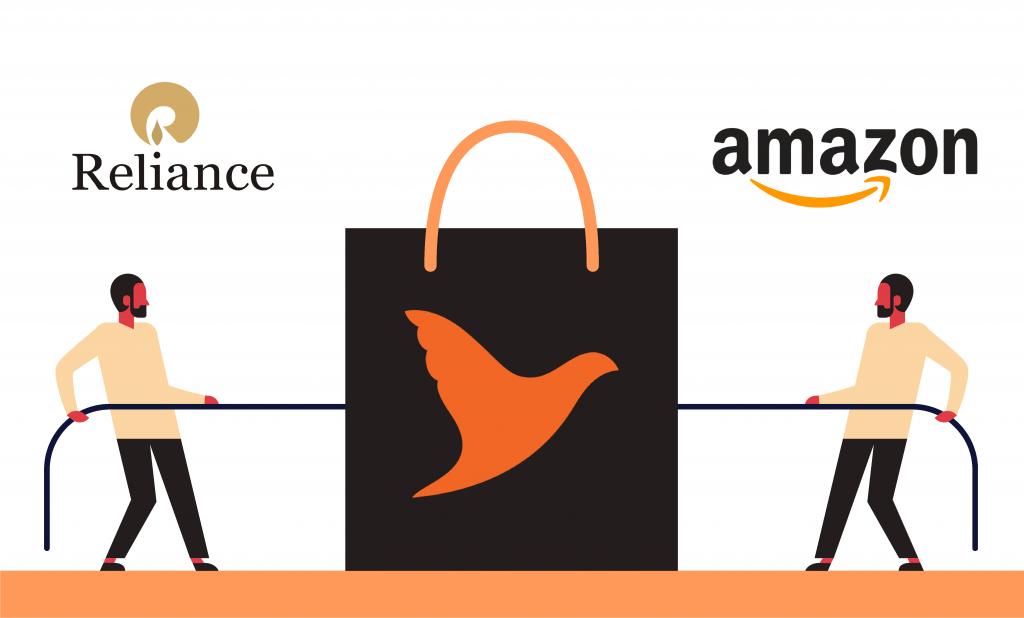 It is wholly incorrect to say that Section 17(1) of the Act would exclude an Emergency Arbitrator’s orders. We declare that that no appeal lies under Section 37 of the Arbitration Act against an order of enforcement of an Emergency Arbitrator’s order made under Section 17(2) of the Act. The aforesaid has been established by the Supreme Court of India in the landmark case of Amazon.Com NV Investment Holdings LLC v. Future Retail Limited & Ors. [CIVIL APPEAL NOs. 4492-4493 OF 2021] which was adjudicated upon by a two-judge bench comprising Justices Rohinton Fali Nariman and B.R. Gavai on 6th August 2021.

The facts of the case are as follows. Proceedings were initiated by the Appellant, Amazon.com NV Investment Holdings LLC [“Amazon”] before the High Court of Delhi under Section 17(2) of the Arbitration Act to enforce the award/order dated 25th October, 2020 of an Emergency Arbitrator, Mr. V.K. Rajah, SC. This order was passed in arbitration proceedings being SIAC Arbitration No. 960 of 2020 commenced by Amazon against Respondents which include Future Retail Limited and 12 others. The seat of the arbitral proceedings is New Delhi, and as per the arbitration clause agreed upon by the parties, SIAC Rules apply. Amazon initiated arbitration proceedings and filed an application on 5 th October, 2020 seeking emergency interim relief under the SIAC Rules, asking for injunctions against the aforesaid transaction. The Biyani Group thereafter went ahead with the impugned transaction, describing the award as a nullity and the Emergency Arbitrator as coram non judice in order to press forward for permissions before statutory authorities/regulatory bodies. FRL, consistent with this stand, did not challenge the Emergency Arbitrator’s award under Section 37 of the Arbitration Act, but instead chose to file a civil suit before the Delhi High Court being C.S. No. 493 of 2020, in which it sought to interdict the arbitration proceedings and asked for interim relief to restrain Amazon from writing to statutory authorities by relying on the Emergency Arbitrator’s order, calling it a “tortious interference” with its civil rights. A learned Single Judge of the Delhi High Court, after finding a prima facie case of tortious interference, then refused to grant any interim injunction.

The court perused the facts and arguments presented. It was of the opinion that “When Section 17(1) uses the expression “during the arbitral proceedings”, the said expression would be elastic enough, when read with the provisions of Section 21 of the Act, to include emergency arbitration proceedings. It is significant to note that the words “arbitral proceedings” are not limited by any definition and thus encompass proceedings before an Emergency Arbitrator.

There is nothing in Section 17(1), when read with the other provisions of the Act, to interdict the application of rules of arbitral institutions that the parties may have agreed to. Section 17(2) lays down that subject to any orders passed in an appeal under section 37, any order issued by the arbitral tribunal under this section shall be deemed to be an order of the court for all purposes and shall be enforceable under the Code of Civil Procedure. there is no doubt that Section 17(2) creates a legal fiction and that this fiction is created only for the purpose of enforceability of interim orders made by the arbitral tribunal. The second question posed is thus answered declaring that no appeal lies under Section 37 of the Arbitration Act against an order of enforcement of an Emergency Arbitrator’s order made under Section 17(2) of the Act. As a result, all interim orders of this Court stand vacated. The 102 impugned judgments of the Division Bench, dated 8 th February, 2021 and 22nd March, 2021, are set aside. The appeals are disposed of accordingly.”