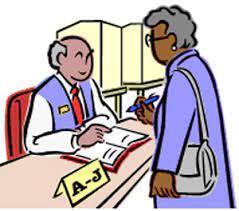 The Registering Officer under the Act of 1908 has no power to adjudicate upon the issue of marketable title to the property. The power of the Registering Officer is purely administrative and is not quasi-judicial power. The Registering Officer has no right to decide whether a person who has presented the document for registration has a marketable title or not. A division-judge bench comprising Justice A.S. Chandurkar and Justice Amit B. Borkar adjudicating the matter of State Bank of India v. The State Of Maharashtra (WRIT PETITION NO. 579/2021) dealt with an issue of whether the Sub-registrar should register the sale certificate or not.

In the present case, a writ petition has been filed by the petitioner against the Sub-Registrar for registering the sale certificate on receipt of stamp duty and registration charges. Also, they seek direction against the Sales Tax Department, Govt. of Maharashtra to take action against the defaulters for evading taxes and attaching their movable properties and not to obstruct the sale of the properties by the petitioner – Bank for recovery of its dues. Also, the petitioners stated that they are not entitled to recover the dues in view of the mandate of Section 26-E of the Securitization and Reconstruction of Financial Assets and Enforcement of Security Interest Act, 2002.

The petitioner is Public Sector nationalised bank under the  Banking Companies Act, 1970. The petitioner initiated proceedings under the provisions of the Act of 2002. The certificate of sale dated 28/09/2020 was issued in favour of Ms. Maroti Cottons, Proprietor : Shilpa Preetam Kohar in the exercise of power under the Security Interest (Enforcement) Rules, 2002.

The main contention of the Petitioner was the Respondent refused to register the sale certificate in accordance to the Registration Act, 1908.

The Respondents replied that the Sales Tax Department has the first charge over the dues of the secured creditor in view of Section 37 of the Maharashtra Value Added Tax Act. It is submitted that the charge created under Section 37 read with Section 100 of the Transfer of Property Act will continue with the property even if the property is sold by the mortgagor, and therefore the purchaser will have to discharge the liability before registration of sale certificate. It is stated that the property in respect of which the sale certificate was issued has been attached under the provisions of the Maharashtra Land Revenue Code, and therefore the purchaser will have to pay an amount of Rs. 01,04,89,132/- excluding accrued statutory interest.

The Petitioners replied that the secured creditor shall have the first right to recover its dues from property of the borrower as per Section 26-E of the Act of 2002. It is submitted that Section 37(1) of the MVAT Act shall not override the rights of the secured creditor protected under Section 26-E of the Act of 2002 as the language of Section 37 makes the sales tax dues subject to the provisions under the Central Act. It is also  submitted that even otherwise also, the Registrar of Assurances has no power to consider any other factors than the factors mentioned under Rule 44 of the Maharashtra Registration Rules, 1961.

The registrar gave 7 grounds due to which they did not register the sale certificate and mainly the ground regarding the encumbrance of the Sales Tax was not made.

The court after looking into the submissions of both the parties observed that the Respondent has purportedly refused to register the sale certificate. As per Sec-22A(1) y if notification is published in the Official Gazette declaring that registration of any document or class of document is opposed to any public policy, only then the question of refusal of registration of the document will arise. Even otherwise, since Section 22-A is no longer on the statute book, registration of the sale certificate could not have been refused on the ground of the same being in contravention of Section 22-A of the Act of 1908. The ground of encumbrance to refuse registration of a document is in relation to marketable title of the property. Also, the Registering Officer under the Act of 1908 has no power to adjudicate upon the issue of marketable title to the property. The power of the Registering Officer is purely administrative and is not quasi-judicial power. The Registering Officer has no right to decide whether a person who has presented the document for registration has a marketable title or not.

Also, the Respondent is duty-bound to take action against the defaulter for evading taxes and recovering its dues by attaching their movable properties. The second part of the prayer as sought by the petitioner is a general prayer which needs to be adjudicated in the facts of each case and this Court cannot grant omnibus prayer against the respondent not to obstruct the sale of the properties by the petitioner – Bank, in absence of cause of action accrued in favour of the petitioner – Bank in an individual case. It was also held that t in view of the consistent view taken by this Court that the priority of charge created under Section 26-E of the Act of 2002 in favour of the secured creditor will rank above the charge in favour of a State for a tax due under Value Added Tax of the State.