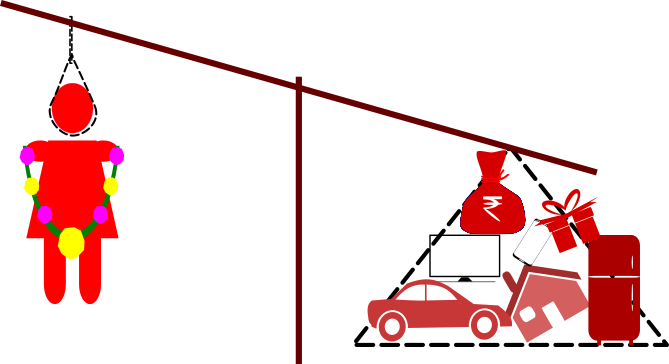 Inherent power under Section 482 Cr.P.C can be exercised- to give effect to an order under the Code, to prevent abuse of the process of court, and to otherwise secure the ends of justice. If any abuse of the process leading to injustice is brought to the notice of the court, then the court would be justified in preventing injustice by invoking inherent powers. A single Judge comprising Hon’ble Justice N.S. Dhanik, in the matter of Mrs. Shaheena and Km. isha @Samia Vs. State of Uttarakhand, S.H.O and, Nafasat Khan (Criminal Miscellaneous Application No. 443 of 2021), dealt with an issue the applicants have approached this court for quashing of chargesheet and cognizance order passed by Additional Chief Judicial Magistrate.

In the present case, respondent no. 3 (Nafasat Khan) had lodged an FIR stating that the marriage of Mr. Kashif (brother of applicant no. 2) had taken place with Smt. Majida (niece of the complainant) and they had a son born out of wedlock. After the marriage, husband, mother-in-law, sister[1]in-law, and brother-in-law of Smt. Majida used to harass her for the dowry and they were instigated by the maternal uncles of the husband of Smt. Majida to kill her. Later on one day the deceased and her husband visited the complainant and informed him about the demand of dowry. the complainant and his brother gave Rs. 50,000/- to Kasif assured him that they would give him some more money to buy a bullet. Thereafter deceased and her husband returned. on 4.7.2020, a phone call came from the matrimonial house of the deceased on the phone of the complainant’s brother and it was informed that Majida has died. Thereby an FIR was registered stating that the deceased was killed for Dowry. An investigation was made and police submitted the chargesheet against the accused persons including the present applicants and thereafter the Court below has summoned the applicants to face the trial.