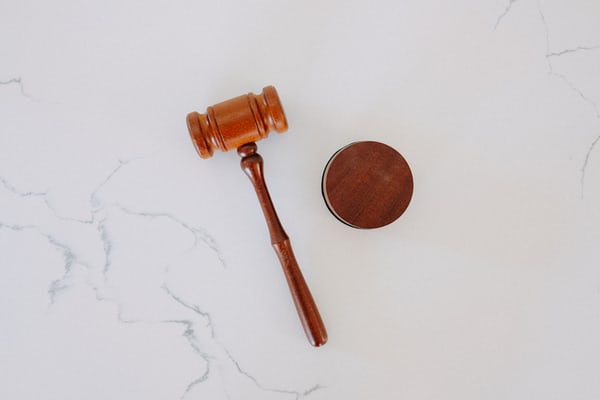 Any complaint that is ex facie barred by limitation and allowing proceedings to move forward on the basis of such a complaint amounts to an abuse in the process of law. This was held by the two-judge bench comprising of Hon’ble Justice Navin Sinha and Hon’ble Justice R. Subhash Reddy in the case of M/s. Cheminova India Ltd. & Anr. Vs. State of Punjab & Anr. [CRIMINAL APPEAL NO. 749 OF 2021] on the 04th of August, 2021 before the Hon’ble Supreme Court of India.

The brief facts of the case are on 10.02.2011, Insecticide Inspector, Attari, District Amritsar, inspected the premises of firm – M/s. Navneet Singh – on Railway Road, Attari, District Amritsar where its sole proprietor Sh. Navneet Singh was present. M/s. Navneet Singh is a dealer of the first appellant company which is engaged in the manufacture of insecticides. On the day of inspection, Inspecting Officer found 60 tins of insecticide, viz., Trizophos 40% E.C. in the premises for sale. The Inspecting Officer has taken three tins, out of the 60 tins, as test samples and on the ground that samples sent for analysis were found to contain active ingredient to the extent of 34.70% only as against the labelled declaration of 40%, alleging that it amounts to ‘misbranding’ within the meaning of Section 3(k)(i) of the Act and sale of such item is an offence under Sections 17, 18 and 33 punishable under Section 29 of the Act, the second respondent has lodged the complaint before the Chief Judicial Magistrate, Amritsar in Complaint No.26 of 2014. This criminal appeal is filed, aggrieved by the order dated 12.05.2020 passed by the High Court of Punjab & Haryana at Chandigarh. By the aforesaid order, High Court has dismissed the petition in CRM­M No.1162­2020 (O&M) so far as the appellants are concerned. Appellants have approached the High Court seeking quashing of Complaint No.26 dated 25.03.2014 filed by the second respondent under Section 3(k)(i), 17, 18 and 33 punishable under Section 29 of the Insecticides Act, read with Rule 27(5) of the Insecticides Rules, 1971.

The counsel for the appellant submits that there were abnormal delays in testing the samples, as such the timelines fixed under Section 24 which are mandatory are breached, thus, the complaint is fit to be quashed. Learned counsel, by referring to relevant provisions of the Act, has submitted that for the offence of misbranding, as alleged in the complaint, the maximum punishment is imprisonment for a term which may extend to two years or a fine which shall not be less than ten thousand rupees or with both. It is further submitted that the limitation for filing the complaint in such cases is three years from the date of commission of offence. It is submitted that limitation for lodging complaint from the date of report of analysis of Insecticide Testing Laboratory, Ludhiana was only upto 14.03.2014, however, the complaint was filed on 25.03.2014, which is beyond the period of limitation. The counsel for the respondent has however submitted that, though the first report of analysis from the Insecticide Testing Laboratory, Ludhiana was received on 14.03.2011, the appellants have made a request for sending the other sample to the Central Insecticide Testing Laboratory, Faridabad which was duly sent, after deposit of demand draft, on 02.05.2011 and the re­analysis on the second sample was received from the Central Insecticide Testing Laboratory, Faridabad on 09.12.2011. While referring to Section 24(4) of the Act, learned counsel has submitted that the report on such second sample shall be the conclusive evidence, as such, it cannot be said, the complaint is barred by limitation.

The court heard the submissions of both the parties and observed that report of analysis was received from the Insecticide Testing Laboratory at Ludhiana on 14.03.2011. Section 469 of Cr.PC deals with the ‘commencement of the period of limitation’. As per the said provision, the period of limitation, in relation to an offender, shall commence on the date of offence or where the commission of the offence was not known to the person aggrieved by the offence or to any police officer, the first day on which such offence comes to the knowledge of such person or to any police officer, whichever is earlier. By virtue of the said report received on 14.03.2011 which states that the active ingredient of the sample was only to the extent 34.70% as against the labelled declaration of 40%, it is clear that it is the date of offence allegedly committed by the accused Merely because a further request is made for sending the sample to the Central Insecticide Testing Laboratory, as contemplated under Section 24(4) of the Act, which report was received on 09.12.2011, receipt of such analysis report on 09.12.2011 cannot be the basis for commencement of limitation. The report of analysis received from the Insecticide Testing Laboratory, Ludhiana on 14.03.2011 itself indicates misbranding, as stated in the complaint, thus, the period of limitation within the meaning of Section 469, Cr.PC commences from 14.03.2011 only “In that view of the matter, we are clearly of the view that the complaint filed is barred by limitation and allowing the proceedings to go on, on such complaint, which is ex facie barred by limitation is nothing but amounts to abuse of process of law. Though the learned counsel has also raised other grounds in support of quashing, as we are persuaded to accept his submission that complaint filed is barred by limitation, it is not necessary to deal with such other grounds raised.”