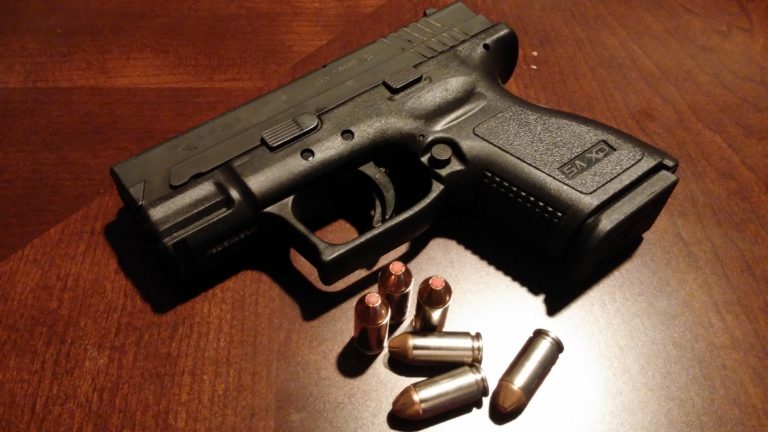 The petitioner was arrested under Sections 25(1-B) an Arms Act, 1959, “acquires, has in his possession or carries any firearm or ammunition in contravention of section 3”, section 26, “Secret contraventions, shall be punishable with imprisonment for a term which shall not be less than six months but which may extend to seven years and also with fine.”  Section 35 of the Arms Act, 1959, “Criminal responsibility of persons in occupation of premises in certain cases.” This is in connection with Danapur PS Case No. 45 of 2020 dated 16.01.2020.  This is the 2nd attempt at bail by the petitioners since the first appeal was rejected by the order dated 03.07.2020 passed in Cr. Misc. No. 20904 of 2020.

This Judgment is given in the high court of Judicature at Patna by Honorable Mr. Justice Ahsanuddin Amanullah on the 28th of July 2021 in the case of Rajesh Kumar versus the state of Bihar criminal miscellaneous No. 12528 of 2021, Mr. Pramod represented as the advocate for the petitioner and Mr. Upadhyay represented the state of Bihar as the additional Public Prosecutor, the proceedings of the court were held through video conference. The petitioner was accused of possessing a loaded country-made pistol along with a magazine having five-line cartridges which were recovered from the petitioner.

The Additional Public Prosecutor submitted before the court that recovery of country-made pistol and five live cartridges were recovered from the petitioner which is a threat to society and therefore objected to the plea for bail.

After considering the facts and circumstances of the case and submissions of counsel for the parties, the court decided that the petitioner will be released on bail upon furnishing bail bonds of Rs. 25,000/- (twenty-five thousand) with two sureties of the like amount each to the satisfaction of the Judicial Magistrate1st Class, which is in connection with the Danapur PS Case No. 45 of 2020. However under certain conditions laid down in section 438(2) Cr.P.C., 1973 “(i) that one of the bailors shall be a close relative of the petitioner, (ii) that the petitioner and the bailors shall execute bond with regard to the good behavior of the petitioner, and (iii) that the petitioner shall also give an undertaking to the Court that he shall not indulge in any illegal/criminal activity.”

The court concluded that  “Any violation of the terms and conditions of the bonds or the undertaking shall lead to cancellation of his bail bonds. The petitioner shall cooperate in the case and be present before the Court on each and every date. Failure to cooperate or being absent on two consecutive dates, without sufficient cause, shall also lead to the cancellation of his bail bonds. It shall also be open for the prosecution to bring any violation of the foregoing conditions of bail by the petitioner, to the notice of the Court concerned, which shall take immediate action on the same after giving the opportunity of hearing to the petitioner. The petition stands disposed of in the aforementioned terms.”