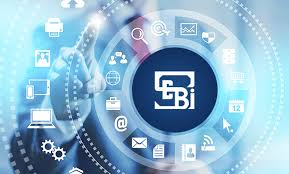 The appellate authority under the RTI (Right to Information) Act of the Securities and Exchange Board of India comprising of Mr. Amarjeet Singh adjudicated in the matter of Surendra Singh Rao v CPIO, SEBI, Mumbai (Appeal No. 4361 of 2021) dealt with an issue in connection with Section 2 (f) of the Right to Information Act, 2005.

In his application the appellant was seeking the following information:

“2. Provide the letter/email sent by SEBI to Cybercrime Mumbai.”

The appellant has filed the appeal on the ground that the information provided was incomplete, misleading or false. On perusal of the appeal, it appears that the appellant is not satisfied with the response provided with respect to query number 2. In view of the submissions of the appellant, the appellate authority was only dealing with the said query in this appeal.

The respondent, in response to query number 2, informed that SEBI had sent the letter dated 2nd of November, 2018 to Cyber Police Station for necessary action at their end. The appellant was also advised to seek further information from Cyber Police Station. The appellant, in his appeal, submitted that the letter issued by SEBI to Cyber Crime Branch, was not provided.

It was noted that the appellant sought copy of the letter/ email sent by SEBI to Cybercrime Mumbai. On consideration, it was found that the respondent has neither provided the said information nor explained the reason why the same is not provided. Therefore, the respondent shall reconsider the query and provide an appropriate response under the Right to Information Act, 2005.

In view of these observations, it was remitted the application to the respondent for reconsidering query number 2, and to provide appropriate response within 15 working days from the date of receipt of this order.