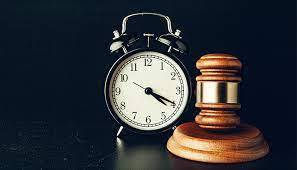 Rules of limitation are not meant to destroy the right of the parties. They are meant to see that parties do not resort to dilatory tactics but seek their remedy promptly. The idea is that every legal remedy must be kept alive for a legislatively fixed period of time. when there is reasonable ground to think that the delay was occasioned by the party deliberately to gain time then the court should lean against acceptance of the explanation. A single-judge bench comprising of Justice M.S. Sonak adjudicating the matter of RAMESH VASUDEV SARMALKAR AND ANR Versus SOCIEDADE VERLEKAR, THR. ITS ADMINISTRATORS AND 6 ORS( Writ Petition No. 83 of 2021) dealt with the issue of whether to allow the present writ or not.

In the present case, a petition is directed against the order dated 15/6/2020 by which the appeal Court has dismissed the petitioners’ application seeking condonation of delay of 58 days in instituting the appeal against the judgment a and decree dated 24/10/2018 made by the learned trial Court.

The Petitioners had applied for condonation of delay and stated that there was some uncertainty in their mind about whether the appeal was to be instituted before the District Court or the High Court. Besides, certain additional reasons have been given that some of the petitioners had traveled to Pune, and, there were some health issues as well.

The Respondents to this argument of Petitioner submitted that the Petitioners gave a false reason, and therefore, the application seeking condonation of delay was correctly dismissed. He submits that the parties have been litigating for several years and proceedings were filed even earlier before the correct forum. It was also submitted that in such circumstances it is inconceivable that the petitioners would carry some incorrect impression about the forum. He submits that there is no error in the impugned order and, therefore, this petition may be dismissed.

The court after hearing all the submissions of both the parties can into the conclusion that there was sufficient cause for granting the plea of the petitioners of condonation of delay. The impression, though erroneous, which the petitioners carried about the forum cannot be said to be not genuine. Also, there was a medical certificate in support of the claim of petitioners that they were having some health issues. The learned first appellate Court should not have discarded the medical certificate merely because the medical certificate had not stated in express terms that the petitioners were incapable of attending Court. The petitioners had made a statement on oath that they were in Pune and returned to Goa only on 29/10/2018. This statement should not have been doubted simply because it was not backed by any documentary evidence. In such matters, some lapse may be there on the part of the parties seeking condonation of delay. However, as long as such a lapse is not mala fide or intended to derive some undue benefits, condonation, should not be refused.

Also, the court held that “While condoning delay the Could should not forget the opposite party altogether. It must be borne in mind that he is a loser and he too would have incurred quite a large litigation expenses. It would be a salutary guideline that when courts condone the delay due to laches on the part of the applicant the court shall compensate the opposite party for his loss.”