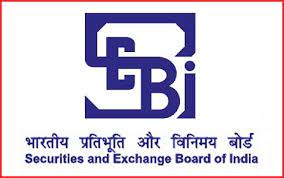 For the reasons stated in the appeal, the delay in filing this appeal is condoned. Appellate Authority, Mr. Baiwar had carefully considered the application, the response and the appeal and find that the matter can be decided based on the material available on record.

The respondent, in response to query numbers 1, 2, 3, 4 and 5, informed that the information sought is exempt under section 8 (1) (e) of the Right to Information Act, 2005, as the information provided by Shri M. K. Modi with regard to the irregularities done in the fair valuation of M/s Modi Industries Ltd. at the time of delisting of the shares of the company from stock exchange, is held by SEBI in fiduciary relationship.

The appellant had filed an appeal on the ground that the access to the information requested was refused. The appellant, in his appeal, inter alia, submitted that he had only sought the action taken/details of the proceedings and not sought details of the complaint.

Appellant Authority, Mr Baiwar had perused the application and the response provided thereto. It was noted that the appellant has sought information regarding action (if any) taken by SEBI/ copy of Show Cause Notice issued/ copy of order passed with respect to the complaint filed by Mr. M K Modi. It was found that these cannot be considered as information received by SEBI from outside source. Consequently, the requested information cannot be deemed to be held by SEBI in fiduciary capacity. Therefore, in my view, the queries require reconsideration (point-wise) by the respondent.