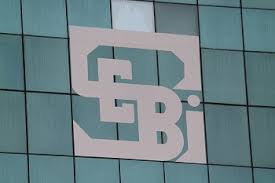 In the context of filing multiple applications under RTI Act seeking similar information, Mr Baiwar referred to the matter of the Hon’ble CIC, in Shri Ramesh Chand Jain vs. Delhi Transport Corporation, GNCTD, Delhi (File No. CIC/AD/A/2013/001326−SA decided on June 25, 2014) held that “The universal principles of civil justice also recognized ‘constructive res judicata’, which in the RTI context means when an applicant uses an opportunity of obtaining information on a particular subject as per law, he is expected to seek all the related information in that first ever opportunity itself. He cannot file another application for a bit or piece which he forgot to ask, or not advised by his lawyer, or for any other reason. He should ask all possible aspects of information about that subject matter, in the first ever available opportunity. Even if he does not, it is presumed by law that he asked for that and was refused after due trial.”……. “Thus, once information is given, applicant shall not seek the same once again in the guise of different form or language. If the applicant seeks information again and again, the PIO, the First Appellate Authority and the Commission would be forced to spend their time on this repeated application, and in the process the authorities would loose that much time to address the other RTI applications or performing their general duties in their public office. Repeated RTI applications will amount to clogging the office of public authority and CPIO would be justified in refusing the same with intimation of reasons. Because the repeated RTI application has an effect of clogging the public offices, it would amount to obstructing the free flow of information to deserving and genuine RTI applicants, besides preventing the officers from performing their general duties attached to their office.” It was also held that repetition of request for information may be considered as reasonable ground for refusal under the Right to Information Act, 2005 and further that the First Appellate Authority and the Commission may be right and reasonable to consider this as a ground for rejecting the first or second appeal. It was also noted that in the context of misuse of provisions of RTI Act, the Hon’ble CIC, in R. P. Verma vs. CPIO, Ordinance Factories (Decision dated September 5, 2018) strongly criticised the practice of filing multiple applications on similar matters.

It is further pertinent to mention herein that the Hon’ble High Court of Madras in the matter of Public Information Officer, Registrar (Administration) vs. B. Bharathi., (Order dated 17.09.2014 in W.P. No. 26781/2013), has also held as follows- “… The action of the second respondent in sending numerous complaints and representations and then following the same with the RTI applications; that it cannot be the way to redress his grievance; that he cannot overload a public authority and divert its resources disproportionately while seeking information and that the dispensation of information should not occupy the majority of time and resource of any public authority, as it would be against the larger public interest…” The Hon’ble CIC, in the matter of Samir Sardana vs. CPIO, Mormugao Port Trust (order dated March 01, 2021) also referred to the said observations made by the Hon’ble High Court, while dismissing the appeal. In view of the same, no deficiency was found in the response.