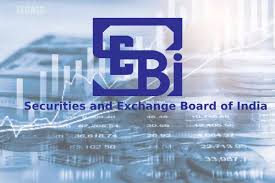 The appellate authority under the RTI (Right to Information) Act of the Securities and Exchange Board of India comprising of Mr. Anand Baiwar adjudicated in the matter of Geeta Khattar v CPIO, SEBI, Mumbai (Appeal No. 4304 of 2021) dealt with an issue in connection with the Right to Information Act, 2005.

In her application, the appellate was seeking the following information:

3A. Name of the departments in SEBI and Number of the officials / employees in the same department (about), as per the format provided in the application.

3B. SEBI official web link where the purity of information no. 3.A can be viewed / verified online.

For the query no. 3A, 3B, the appellate authority, Mr Anand Baiwar, made reference to the matter of Hon’ble CIC, in the matter of Shri Praveen Agarwal vs. SEBI (Decision dated October 1, 2008), had held that “It is true that given the volume and the complexity of the information requested by the appellant, it would be impossible to locate and collate it without substantial research effort. A public authority cannot be obliged to engage in it for the benefit of an applicant, who may not be the only and, the last such applicant. Many more would want to have this privilege which doubtless would lessen the applicant’s research burden while increasing it for the public authority.” In view of the above observations and applicability of section 7 (9) of the RTI Act, it was found that the respondent is not obliged to provide the information sought by the appellant.

For the query no. 5, the appellate authority, Mr Anand Baiwar, made reference to the matter of Hon’ble CIC, in the matter of Vineet Pandey vs. CPIO, United India Insurance Company Limited (Judgment dated January 21, 2021), wherein similar observations were made by the Hon’ble CIC. Further, in the matter of Shri Shantaram Walavalkar vs. CPIO, SEBI (Decision dated January 17, 2013), I note that the Hon’ble CIC held: “… we would also like to observe that, under the Right to Information (RTI) Act, the citizen has the responsibility to specify the exact information he wants; he is not supposed to seek any opinion or comments or clarifications or interpretations from the CPIO…”. In view of the said observations, he does not find any deficiency in the response.

For the query no. 6, the appellate authority, Mr Anand Baiwar, made reference to the matter of Hon’ble CIC, in the matter of Shri K Lall vs. Shri M K Bagri (CIC/AT/A/2007/00112, order dated April 12, 2007) held that if the relevant information is available in the public domain, the same cannot be said to be information held by the public authority and consequently there is no obligation to provide such information to an applicant under the RTI Act. Notwithstanding the same, he noted that the respondent has adequately guided the appellant to access the relevant information on the SEBI website. Accordingly, there was no deficiency found in the response.