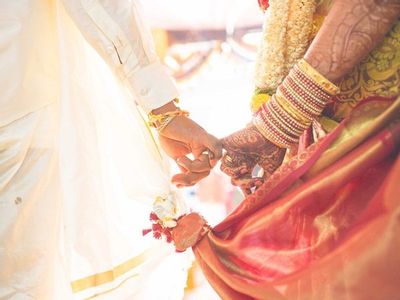 There are Codified statutes and laws that provide various protections to parties against any unregulated practices from being adopted. A single Judge bench comprising Hon’ble Justice Prathiba M. Singh, in the matter of Satprakash Meena Vs. Alka Meena (CM APPL. 332/2021), dealt with an issue where a petition was filed with a question as to the applicability of The Hindu Marriage Act, 1955 (hereinafter referred to as the “HMA, 1955”), in respect of the parties who belong to the Meena community in view of the exclusion under Section 2(2) of the HMA, 1955.

In the present case, the petitioner and the respondent got married as per Hindu rites and customs on 24th June 2012 and both the parties belong to the Meena community. The petitioner had filed a petition seeking divorce under Section 13-1(ia) of the HMA, on 2nd December 2015 before the Judge (West), Family Court, Tis Hazari, Delhi. The Respondent did not appear in the said petition. Later the Respondent filed a transfer petition, but the transfer petition was disposed of and the court allowed the respondent to participate in the proceeding through video conferencing.

The respondent also lodged an FIR under the Protection of Women from Domestic Violence Act, 2005 (hereinafter the “DV Act”), to seek maintenance under Section 125 of the code of Criminal Procedure, 1973(hereinafter the “CrPC”). The respondent did not participate in the divorce petition and filed an application under Order VII Rule 10 and Order VII Rule 11 of The Code of Civil Procedure, 1908 (hereinafter “the CPC”) before the Family Court. In that application, she prayed for rejection of the divorce petition, on the ground that the provisions of the HMA, 1955 do not apply to the parties concerned as they are members of a notified Scheduled Tribe in Rajasthan. The family court dismissed the divorce petition by holding that the provisions of the HMA, 1955 do not extend to the Meena community, which is a notified Scheduled Tribe.

The counsel for the petitioner submitted that as their marriage was solemnized as per the Hindu rites and customs, that the respondent had also agreed to, hence the provisions of HMA 1955 would be fully applicable in this case and stated that the divorce petition under the provisions of the HMA, 1955, was maintainable. The counsel for the petitioner also stated that once a Schedule tribe follows the customs and practices of a particular religion, then they are bound to follow the law that applies to that religion. The counsel also pointed out that in the present if the Scheduled Tribe of Meena would not be governed by the HMA,1955 it would lead to enormous difficulties for women as bigamy would be recognised and could even lead to the desertion of women.

Relying on various other cases the counsel for the respondent stated that even if at once the provision of HMA,1955 was followed, still such does not mean that it will be applicable on the members of a notified schedule tribe. Also, the counsel pointed out, that as the parties have a child, such child cannot be deprived of his schedule tribe status.

The court observed- “The need for a Uniform Civil Code as envisioned under Article 44, has been reiterated from time to time by the Supreme Court. Cases like the present one repeatedly highlight the need for such a Code – ‘common to all’, which would enable uniform principles being applied in respect of aspects such as marriage, divorce, succession, etc., so that settled principles, safeguards, and procedures can be laid down and citizens are not made to struggle due to the conflicts and contradictions in various personal laws”.

The court also observed that- “If members of a tribe voluntarily choose to follow Hindu customs, traditions and rites they cannot be kept out of the purview of the provisions of the HMA, 1955.” And finally, the court held that- “Thus, insofar as divorce proceedings are concerned, if proper tribal customs are not established or the following of Hindu customs or rites is admitted by the parties, there is no reason to hold that the provisions of the HMA, 1955 would not apply.”

Thereby the court allowed the appeal and directed the trial court to proceed with the adjudication of the petition under 13-1(ia) of the HMA, 1955 on merits and render a decision within six months.