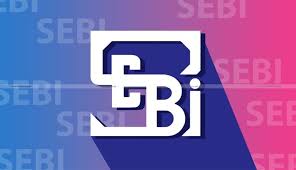 The appellate authority under the RTI (Right to Information) Act of the Securities and Exchange Board of India comprising of Mr. Anand Baiwar adjudicated in the matter of Pradeep Vidhani v CPIO, SEBI, Mumbai (Appeal No. 4298 of 2021) dealt with an issue in connection with the Right to Information Act, 2005.

The appellant, Mr Pradeep Vidhani had filed an application via RTI MIS Portal on the 13th of April, 2021 under the Right to Information Act, 2005. The respondent responded to the application by a letter on the 11th of May, 2021, filed by the appellate. After receiving a letter from the respondent on 11th of May, 2021 on his application, the appellate decided to file an appeal on the 5th of June, 2021, which the Office of Appellate authority had received on the 7th of June. In his application, the appellate was seeking the following information with respect to GIC Housing Finance Limited (company):

The respondent in response to query numbers 7(A) and 8, informed that in terms of SEBI (Listing Obligations and Disclosure Requirements) Regulations, 2015, listed companies are required to file reports, statements, documents and any other information with the recognized stock exchange(s), where it has listed its specified securities. The respondent also provided the links of the websites of the exchanges, for accessing such information.

The appellant authority found the claim of the appellate of the respondent trying to benefit the other party as baseless and unsubstantiated allegation which is not tenable.