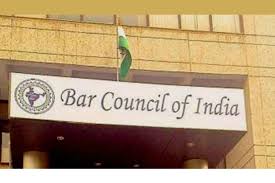 In the case of Hari Shankar Rastogi v/s. Giridhar Sharma, (1978) 2 SCC 165, the Supreme Court of India made the following observation:

“Indeed, the Bar is an extension of the system of justice, an advocate is an officer of court. He is master of an expertise, but more than that, accountable to the court and governed by a high professional ethics. The success of the judicial process often depends on the services of the legal profession”.

India was a participant of the Eight United Nations Congress on the Prevention of Crime and the Treatment of Offenders, Havana, Cuba 27August to 7 September 1900, which had adopted the “Basic Principles on the Role of Lawyers”. Clauses 16 to 18 of the declaration dealt with “Guarantees for the functioning of lawyer.” which states the following:

That they are able to perform all of their professional services/functions without intimidation, hindrance, harassment or improper interference,

They are able to travel and to consult with their clients freely both within their own country and abroad; and

They shall not suffer or be threatened with prosecution or administrative, economic or other sanctions for any action taken in accordance with recognized professional duties, standards and ethics.”

Clause 17 stated that, “Where the security of lawyers is threatened as a result of discharging their duty, they shall be adequately safeguarded by the authorities”.

Clause 18 states that, “Lawyers shall not be identified with their clients or their clients’ causes as a result of discharging their functions.”

There were a few more issues that arose and were prevalent when the advocates discharged their duties like facing threats of malicious and frivolous prosecution by the rival parties with the intention of interfering with the advocates performance of their duties, which in turn also interferes with the administration of justice itself. When advocates are representing detainees or arrested or incarcerated persons, they are questioned about privileged communication with an aim of making the detection of alleged crime relatively easier. This, however, militates against the basic tenets of the legal profession and violates the sanctity which the law enjoins the Advocate to maintain with respect to such privileged communication or materials and as observed in the United Nations Human Rights Council, Resolution on the independence of judges and lawyers – A/HRC/RES/29/6 requires immediate attention in acknowledging the principle of confidentiality in lawyers’ communication with clients is violated, and that they are denied free access to their clients and documents. Therefore, a mechanism to ensure that the advocates are able to render professional services without fear or external influence for the ultimate cause of the administration of Justice and Rule of Law must be put in place.

The Advocates (Protection) Bill, 2021 was brought in consideration of the above made observations. The bill has 14 sections, the important points/take aways are as follows:

Section 1- Deals with the short title and commencement which calls the bill Advocates (Protection) Bill, 2021, which extends to the whole of India.

Section 2- Deals with the definitions present in the Act.

(1) (a) “act of violence” refers to acts committed by any person against an advocate, with an intent to prejudice or derail the process of impartial, fair and fearless conduct of any litigation before any court, tribunal or authority in which such Advocate is engaged or acts of retribution towards the outcome of proceedings before any of the above forums and includes the following:

Section 3- Deals with the punishments for the offences.

Section 4- Deals with the compensation of the offences.

Notwithstanding anything contained in the Code of Criminal Procedure, 1973-

Section 6- Deals with the compounding of offences

A person prosecuted under Section 3 may be compounded by the person against whom such act of violence is committed, with the permission of the said Court.

An advocate pleading for a party before the Court, Tribunal or Authority, including the Police, shall be deemed to be an officer of such Institution.

An act done in good faith done or intended to be done in the due conduct of duties of such Advocate in pursuance of the provisions of this Act and any rule, order, notification thereunder or under any direction of a Court or any other authority which is empowered to give directions to Advocates.

Section 10- Deals with the Malicious Prosecution of Advocates

This Act shall be in addition to and not in derogation of the provisions of the any other law for the time being in force.

Section 13- Deals with the power to make rules

Section 14- Deals with the application of Code of Criminal Procedure, 1973 to proceedings under the Act

Save as otherwise provided in this Act, the provisions of the Code of Criminal Procedure, 1973 (2 of 1974) (including the provisions as to bail and bonds and appeals) shall apply to the proceedings before the Court.

Conclusion: This is a very important step taken by the Bar Commission of India to protect advocates so that they can continue to discharge their legal duties with utmost professionalism, ethics and without any fear of being hurt.