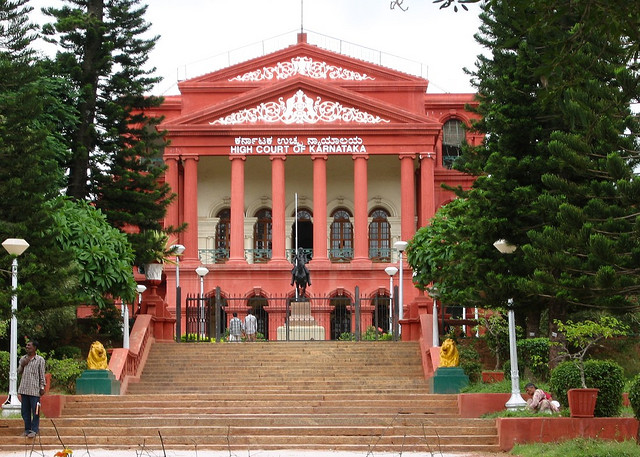 The Supreme court had earlier recommended to all the State Governments to amend their Local Court Fees Act to provide, 100% refund of the court fees paid on a suit which is settled by one of the modes of settlement referred to in section 89(1) of CPC. Various states had made the necessary amendment, But Karnataka had not taken any step regarding it. A divisional bench comprising Hon’ble Chief Justice Abhay S. OKA and Justice Mohammad Nawaz in the matter of Mr. K.S. Periyaswamy Vs. State of Karnataka (WRIT PETITION NO. 29493 OF 2019(GM-RES-PIL)), Dealt with an issue where the petitioner filed a writ Petition in which the prayer was in the nature of a Public Interest litigation, for issuing a writ of Mandamus against the state of Karnataka to Grant 100% court fee to be refunded, where the cases get settled by adopting any of the modes provided in section 89 of Code of Civil Procedure, 1908.

In the present case, the petitioner is a member of the bar who drew the attention of the court to the provision of Sub-section (1) of section 66 of the Karnataka Court Fees and Suits Valuation Act, 1958(for short Act of 1958) as was amended by the act no.9 of 2015. The petitioner pointed out that the said amended provision states that in case of settlement of a dispute by any one of the modes of settlement referred to in Section 89 of CPC, only 75% of the amount of court fees is refundable. The petitioner also pointed that in the Case of Salem Advocates Bar Association, Tamil Nadu vs. Union of India, the Supreme Court recommended to all the State Governments to make amendments to the local Court Fees Act and bring it in conformity to section 16 of the Central Court Fees Act 1870, which provides for 100% refund of the court fees paid on a suit which is settled by one of the modes of settlement referred in section 89(1) of CPC.

Moreover, the petitioner clearly pointed out states that have made suitable amendments, upon the said Suggestion of the Supreme Court and, stated that the state of Karnataka had not taken any measures regarding the Supreme Court’s suggestion for providing a 100% refund of the court fees. Further, the petitioner in the view of Section 21 of the Legal Services Authorities Act, 1987, stated that when a suit is settled in Lok Adalat, notwithstanding the provisions of section 66(1) of the Said Act of 1958, 100% refund of Court fees will have to be granted.

The Principle Government Advocate submitted that the relief that the petitioner had prayed cannot be granted in writ jurisdiction, because while exercising power under Article 226 of the Constitution of India, the writ court cannot issue a writ of Mandamus directing the legislature to amend said legislation in a particular way.

After considering all the submissions made, the court passed an order, which states that in case of settlement of suit culminating into an award in the Lok Adalat, section 16 of the Central Court Fees Act, 1870 would be applied and hence refund of 100% of the court fees will be made available, Notwithstanding the provision of section 66(1) of Karnataka Court Fees and Suits valuation Act, 1958. Also, the court “recommended the state government to consider the suggestion made by the Supreme court in the case earlier mentioned, and consider amending sub-section (1) of section 66 of the said Act of 1958, to provide 100% refund of Court fees in a case where there is a settlement in a suit by way of the three other categories of alternative dispute redressal mechanism, as provided in section 89 of CPC”. Thereby the court disposed of the petition on the above-mentioned terms.