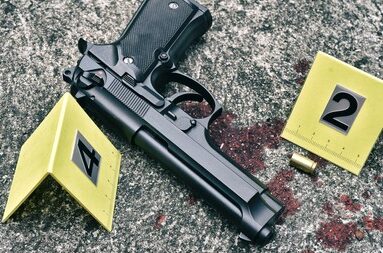 When there a minor contradiction which do not go to the root of the matter and/or such contradictions are not material contradictions the evidence of such witnesses cannot be brushed aside and/or disbelieved. A division bench comprising of Justices DY Chandrachud and MR Shah adjudicating the matter of Rakesh and Another v. State of U.P and Another( CRIMINAL APPEAL NO. 556 OF 2021) dealt with an issue whether to allow or dismiss the appeal of the Accused.
In the present case, the appellants have filed an appeal before the Supreme Court of India being dissatisfied by the order passed by the High Court of Allahabad which dismissed their appeal arising out of the judgment passed by the Dist. & Sessions court Hathras. The Appellants were convicted u/s-302 along with S-34 of IPC.

The Appellants along with one accused -Suresh were tried in the murder case of Bhishampal Singh on 28.01. 2006. The Appellant-1 Rakesh used a countrymade pistol and caused injuries to the deceased and Appellant No 2&3 assaulted the deceased with knives. It was held by the Trial Court that the accused were guilty of Sec-302 of IPC and were sentenced for life imprisonment. Also, they were charged with Section 4/25 of the Arms Act for which a separate sentence was also imposed. The court heavily relied upon the evidence deposed by the eyewitnesses and also the medical evidences deposed by the Doctor who conducted the Post -mortem.

The Appellants submitted that the Trial Court and High court have committed a grave error in convicting the accused on the basis of deposition of the eyewitnesses. The presence of the Prosecution witness is doubtful. Also, it was submitted by him that he came subsequent to the occurrence of the incident. He was confronted about the fact that he had come to the spot only after receiving the information about the incident. It was further submitted that there was an enmity and prior disputes between the accused and the deceased and even PW 1. Also, It is submitted that the deceased was facing criminal trial under Section 307 of the IPC on the allegation of a murder attempt on A1 – Rakesh. It is submitted therefore there is a possibility of falsely implicating the A1 – Rakesh.

Also In regards to Suresh and Anish It is submitted therefore that when they inflicted injuries on the dead body, i.e., after the deceased died by gun shot, they cannot be convicted for the offence punishable under Section 302 as by the time the accused A2 & A3 have alleged to have caused injuries, the deceased had died. It is submitted that even PW1 in his cross-examination has admitted that the moment deceased received a gunshot injury he fell down and died. Also, it was submitted that incised injuries cannot be caused by stabbing by a knife. It is further submitted that it has also come in evidence that as per the ballistic report bullet did not match with the alleged pistol used by the accused – Rakesh.

The court held that since both the witnesses are thoroughly cross-examined on each and every aspect pointed out, they fully support the prosecution case. Also according to the submission of the accused the ballistic report the bullet found does not match with the firearm/gun recovered and therefore the use of a gun as alleged is doubtful and therefore benefit of doubt must be given to the accused is concerned, aforesaid cannot be accepted. At the most, it can be said that the gun recovered by the police from the accused may not have been used for killing, and therefore the recovery of the actual weapon used for killing can be ignored and it is to be treated as if there is no recovery at all. For convicting an accused recovery of the weapon used in the commission of offence is not a sine qua non. where the eyewitness to the incident specifically states that Rakesh fired from the gun and the deceased sustained injury such plea of the accused cannot be entertained. In reference to submission of defence that the injuries were inflicted after the death of the deceased it is to be noted that the Appellant 1& 2 1are convicted for aiding the accused. There is no evidence at all on record to suggest that when the deceased sustained injuries by knives by A2 & A3 , he was dead . reliance has been placed on the deposition of PW1 by the defence that he admitted that after the gunshot injury, the deceased fell down and died. However, he does not say that when A2 & A3 caused injuries by knives at that time the deceased was dead. Therefore, the defence has failed to establish and prove that at the time when the deceased sustained injuries by the knives used by A2 & A3, he was dead.

In view of the above and for the reasons stated above, no interference of this Court is called for. The learned trial Court and the High Court have rightly convicted the accused for the offence punishable under Section 302 r/w 34 of the IPC.