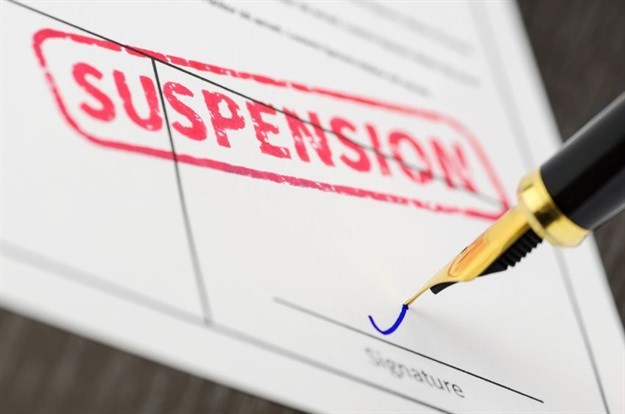 Considering the facts and circumstances of the case and after having perused the preliminary enquiry report & the statement of the Commissioner, the State Government was well within its authority to initiate judicial inquiry and at the same time, suspend the petitioner. A division bench comprising of Justice Pankaj Bhandari And Justice Chandra Kumar Songara adjudicating in the matter of Smt. Somya Gurjar vs. State of Rajasathan (D.B. Civil Writ Petition No. 6485/2021) dealt with the issue of whether to allow the writ petition filed by the petitioner or not?

In the present case, the petitioner has preferred a writ petition challenging the vires of Sections 39(1)(d)(ii) and 39(1)(d)(iii) of the Rajasthan Municipalities Act, 2009 against the order dated 06.06.2021 whereby the petitioner has been placed under suspension from the Office of Mayor, Municipal Corporation Jaipur Greater as well as from her membership of Ward No.87 of the said Municipal Corporation.

It was decided that the Commissioner must take appropriate legal action against the said Company within 30 days and a new arrangement in this regard should be made. Issuance of new tenders was initiated and in the meantime, a writ petition was filed by the Company and an interim order was passed in favor of the said Company. Due to non-payment of the amount, the Company stopped garbage collection resulting in a problem with sanitation. The petitioner called the Commissioner for discussing the issue and some untoward incident took place in the meeting room of the Mayor. The Commissioner filed a complaint and also lodged an FIR of the incident pleading therein that action should be taken against the Corporators. The Government appointed an Officer of the rank of State level service to conduct the Preliminary Enquiry and submitted a report.

It was contended by the Petitioner that Section 39(1)(d)(ii) of the Act of 2009, the term “misconduct in the discharge of his duties” has been used and similarly, in Section 39(1)(d)(iii) of the Act of 2009, the term “any disgraceful conduct” has been used, both the terms are not defined. It is argued that the Corporator or Mayor is not aware as to what would fall within the ambit of “misconduct in the discharge of his duties” or “any disgraceful conduct” and therefore, these provisions are vague and should be struck down, being violative of Articles 14, 20 and 21 of the Constitution of India. It was argued that the terms are generic and have no bounds of their applicability and since these clauses attract punitive actions, they can be used against anyone based on individual perception of conduct, its degree, and on whims and fancy of the authority and hence it is violative of Art.20.Also, Art 14 and 21 of the Constitution of India pre-supposes just, fair and reasonable law for punishing any citizen.

The Respondent contended that the provisions of Section 63(1)(d) of the Rajasthan Municipalities Act, 1959 para-Materia with the provisions of Sections 39(1)(d)(ii) and 39(1)(d)(iii) of the Act of 2009. It is also contended that the provisions of the Act of 1959 held ground for a period of six decades and therefore, the veracity of the same cannot be challenged at this stage. The term misbehavior and disgraceful misconduct depend upon the facts and circumstances of each case. Also it was submitted that the term “misconduct” is a relative term and has to be construed in accordance with the facts before the authorities. Any act, which is detrimental to the prestige of the institution, is misconduct. It was also asserted that the framers of the Constitution in their wisdom have used the term “misbehavior” in the Constitution of India without defining the same, the use of the terms “misconduct” and “disgraceful conduct” by the State Legislature in the Municipality Act cannot be said to be vague and ultra-vires the Constitution.

The petitioner replied to the contentions r that merely because a provision has remained in the statute for long, it does not give validity to the entire statute and the same can be challenged if the provision appears to be ultra-vires to the Constitution. Similarly it was also contended that the validity of Section 124-A of Indian Penal Code was upheld by the Court in 1962, but the challenge to its validity has been entertained by the Apex Court observing that lapse of time cannot be the sole consideration to uphold the validity of the provisions.

Hence the instant writ petition is dismissed. While upholding the validity of Sections 39(1)(d)(ii) and 39(1)(d)(iii) of the Act of 2009, we do not find any ground to set aside the order of suspension passed by the appropriate authority. However, taking note of the facts and circumstances of the case that the petitioner was elected as a Mayor, we deem it proper to direct the State Government to expedite the judicial inquiry initiated against her and the same be completed as far as possible within a period of six months from the date of receipt of a certified copy of this order.