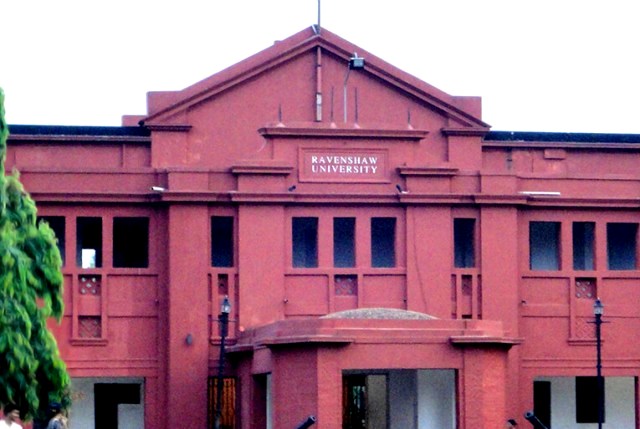 It is expected to appear for counseling and produce the necessary documents in original for verification on that date as per the mandatory requirement of the University’s admission guidelines. It is not usual for a student who is keen on admission, even one who has lost the original documents, not to appear for the counseling and explaining at that stage to the University why she cannot produce the originals. A single bench comprising of Chief Justice S. Muralidhar adjudicating the matter of Hritika Mitra v. The Registrar, Ravenshaw University, Cuttack and Another (WRIT PETITION (Civil) No. 8537 of 2021 ) dealt with an issue of whether pass an order in favor of the Petitioner in the present writ petition.

In the present case, the Petitioner applied in the online mode for admission to the B.Com. course and it was claimed that all the mark sheets and certificates required for the application were sent in the online mode and also was attested by the Principal of her school and submitted to the University along with the requisite admission fee.

In the process of counseling the petitioner was supposed to appear with all the documents including School Leaving Certificate, Conduct Certificate, Migration certificate, etc. But the Petitioner lost all the original documents collected from the school along with some other documents. Her father immediately lodged a police complaint and after that, the Petitioner’s Father also submitted an application to the University informing them about their loss and also notified them about their complaint before the Police. Also, it was submitted that the Petitioner’s Father has also requested some extension of time from the university as it will take time in obtaining fresh documents from the school. It was presumed by the Petitioner that the University had allowed her the extension by they did not receive any reply. Also, no further date for counseling was intimated to her.

It was also submitted by the Petitioner that there was a delay on her part in collecting the original documents/certificates from her school as her father was under serious stress due to lack of funds on account of the shutting down of his business in the wake of the Covid-19 induced lockdowns. She also claims that her grandmother fell seriously ill, had to be hospitalized for treatment, and ultimately expired on 8th January 2021. The Petitioner claims to have been “mentally and emotionally drained” on account of the above unfortunate events.

After some time, when the Petitioner’s father learned that there were vacancies in the course for academic session 2020-2021, he submitted another application seeking a week extension to submit the original certificates and finalize the admission of Petitioner. Also, it was submitted that an application to the Minister of Higher Education, Government of Odisha requesting for 10 days time to submit the original certificates but No reply ís stated to have been received from the Ministry.

After receiving all the certificates, the petitioner along with her father approached the University but there was no response from the university. A similar representation was also made to the Chancellor of the University but they did not get any response. The present petition is filed in accordance with the facts and it is sought to the University to accept the documents/original certificates of the Petitioner and grant her admission to the B. Com course for the academic session 2020-21.

The university in its reply pointed out that the Petitioner was required to submit the original documents for verification on the date of the counseling i.e. 18th October 2020 and in any event not later than 21st October, 2020. The Petitioner not only failed to submit the original documents but even did not appear for counseling. The entire admission procedure for the B. Com stream was completed on 1st December, 2020 and classes commenced in January, 2021. Also as per the Admission Rules and Guidelines of the University that those applicants who fail to produce the original documents or suppress any information shall not be admitted and the decision of the Admission Committee in this regard is final. It was also contended that the Petitioner never made any grievance or representation before the said Committee. Also, there was no occasion for the Petitioner to assume that her request had been accepted and that she would be informed about any subsequent date of counseling.

The counsel on behalf of the University submitted that the entire admission process was completed on 1st December 2020 and classes commenced in January 2021. There was no question of permitting the Petitioner at this stage to sit for the 1st-semester exam. He pointed out that no valid and reasonable explanation has been offered by the Petitioner for not turning up for counseling on the stipulated date. Also, it was contended the petition contains vague and unsubstantiated averments regarding the Petitioner’s father had made a representation on 17th October, 2020 and there was no proof in support thereof. Further, the Petitioner had been changing her stand by first contending that she had the original documents to submit and later stating that the documents submitted in the Digi Locker App were sufficient and satisfied the requirement but it was pointed out that through the Digi Locker App only a few documents could be submitted and not all of them as per the checklist as per the UG Admission Guidelines 2020. One such key document is the School/College Leaving Certificate, which had to be verified in original and physically in order to check fraud and to prevent an attempt by prospective candidates seeking to enroll in multiple educational institutions at the same time.

The Court held that “the University has not acted arbitrarily in declining the Petitioner’s representation to be admitted to the B.Com course at a belated stage and to be allowed to take the examination for the first semester with the Petitioner not attending a single class and not satisfying the mandatory requirements” also in regards to the argument ”documents produced through Digi Locker, the University is right in its contention that even if the submission that a digitally certified document is as good as the original were to be accepted, it would hold good for one set of documents like the mark sheets but would not apply to other mandatory documents like the School Leaving Certificate, which are not digital documents and would have to be produced in original before the University for verification”

Hence the petition is dismissed.