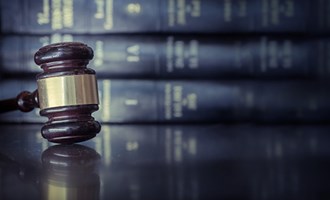 It is the obligation of the court and all concerned that the marriage status should, as far as possible, as long as possible and whenever possible, be maintained, but when the marriage is dead, in that event, nothing is gained by trying to keep the parties tied forever to a marriage which has ceased to exist. The judgement was passed by the High Court of Tripura in the case of Sri Nirmal Paul v. Smt. Namita Paul [RFA 18/2015] by Division Bench consisting of Hon’ble Justice Mr Akil Kureshi & Justice S.G. Chattopadhyay.

The facts of the cases are that a month after marriage, his wife started misbehaving with him. At that time the appellant lived in a common mess with his old parents, three brothers and their families which was not liked by his respondent. She demanded a separate mess and told her husband that it was not possible on her part to prepare food for every member of the extended. Thereafter, the appellant filed the said petition under section 13(1)(ib) of the Hindu Marriage Act, 1955 in the Family Court at Agartala for divorce on the ground of desertion.

Learned counsel for the appellant has argued that the parties are living separately for more than 15 years. During this period the wife has never met her appellant at her place which indicates that their relationship has broken down irretrievably and there is no chance of restoration of such relationship. It is contended by the learned counsel of the appellant that in a similar situation divorce was granted in favour of the husband by this Court in the case of Bidyut Kumar Saha Vs. Tapa Saha. Learned counsel, therefore, urges the court to put the marriage to an end by granting divorce in favour of the appellant.

Learned counsel for the respondent on the other hand submits that she is not agreeable to divorce because she is always prepared to live with her appellant. According to learned counsel, it is only the appellant who is always keeping himself away from her company. Further submission of the learned counsel is that even after she was ousted from his house, she returned to her matrimonial home to live with her husband but she was not accepted by him. According to learned counsel, the appellant has failed to establish the ground of desertion against the respondent and therefore, a decree of divorce cannot be granted to him.

Relying on the supreme court judgment in the case of Naveen Kohli Vs. Neelu Kohli, wherein it was held that “Undoubtedly, it is the obligation of the court and all concerned that the marriage status should, as far as possible, as long as possible and whenever possible, be maintained, but when the marriage is dead, in that event, nothing is gained by trying to keep the parties tied forever to a marriage which has ceased to exist. In the instant case, there has been total disappearance of emotional substratum in the marriage. The course which has been adopted by the High Court would encourage continuous bickering, perpetual bitterness and may lead to immorality.”

While dismissing the petition the court observed that “the marital bond between the parties cannot be said to have gone beyond repair and as such the ground of irretrievable breakdown of marriage as expounded by the learned counsel of the appellant is not acceptable to us. Further, the appellant has failed to prove the ground of desertion against his respondent, the impugned judgment of the Family Court, Agartala does not call for any interference.”