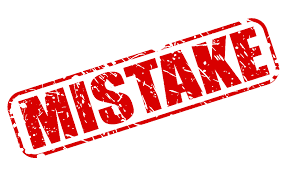 The petitioner’s counsel may be right in finding out that the defendant cannot resile from a direct statement taken under oath. A mistake, a typographical error, or confusion, on the other hand, If the mistake is sufficiently clarified, it cannot be used as the basis for a court ruling. The judgement was passed by the High Court of Tripura in the case of Soma Debbarma v. State of Tripura [W.P(C) No.273/2020] by Division Bench consisting of Hon’ble Justice Akil Kureshi & Justice S. G. Chattopadhyay.

The facts of the case are the excise authorities of the Government of Tripura issued a notice inviting tenders for retail vending of foreign liquor and country liquor shops under the Gomati district. The petitioner, as well as the respondent, participated in the tender process, the tender was awarded to the respondent. The petitioner challenges this decision of the authorities on the ground that the location of the shop offered by the respondent for running the liquor shop breached the said condition in as much as there was a bathing ghat within the distance of 30.48 meters from the shop.

Learned counsel for the petitioner vehemently contended that the petitioner had established that the proposed shop was situated within less than 100 meters of existing bathing ghats and a mosque. The official respondents committed a serious error in awarding the tender to the respondent. He drew our attention to the admission of the respondents in the first affidavit regarding the location of a bathing ghat within less than 100 meters from the shop. He contended that such admission once made cannot be withdrawn.

Learned counsel for the respondent opposed the petition and contending that the specially constituted committee has examined these factual aspects. The petitioner has produced no reliable evidence to discard these findings. There is no bathing ghat within the distance of fewer than 100 meters from the shop. Respondent No.6 was the highest bidder and therefore, correctly awarded the contract.

While dismissing the petition the court further held that “Counsel for the petitioner may be correct in pointing out that the defendant cannot resile from a clear admission made on oath. However, an oversight or typographical error or misunderstanding cannot form the basis for a judicial decision if the error is properly explained.”