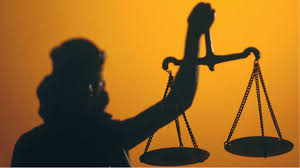 The Advocate-client relationship is quite clearly accepted as a fiduciary relationship and the communication is privileged and confidential. It is strictly between the client and the Advocate. Neither the brief nor is the permission to represent a party to be shared by the Advocate with his clerk. A single bench comprising of Justice S.K. Panigrahi adjudicating the matter of Thabir Sagar v. The State of Odisha and Ors. (BLAPL No.748 of 2021) dealt with an issue of whether to pass a bail application where the Advocate’s clerk-in-charge has signed the affidavit.

In the present case, the petitioner is seeking bail u/s 439 of Cr P.C in connection with the alleged commission of offense punishable under Section 395 of the IPC. It is submitted that the petitioner was arrested and taken into custody on 13.11.2020 on the basis of the statement of the accused.

It was disputed that the counsel appearing on behalf of the petitioner is the advocate’s clerk. The court fails to understand how an advocate-in-charge can swear an affidavit claiming to be “looking after” a case before this Court. This conduct is a gross violation of the Orissa High Court Rules.

It was contended that the Advocate-in-charge had no knowledge of the facts or who has no means of achieving said knowledge and hence it is in flagrant violation of rule of law to execute an affidavit without having any knowledge of the averments made therein. The court condemned the growing trend of advocates’ clerks signing affidavits for applications/petitions/counter-affidavits etc. imperviously and oblivious of the contents therein. A Vakalatnama to represent a party in Court is held by an Advocate and the brief is entrusted to the Advocate. The Advocate-client relationship is quite clearly accepted as a fiduciary relationship and the communication is privileged and confidential. It is strictly between the client and the Advocate. Neither the brief nor is the permission to represent a party to be shared by the Advocate with his clerk. An advocate’s clerk signing an affidavit instead of the party himself or a person designated/authorised by the party or the Advocate holding the Vakalatnama is unacceptable and such attempts to subvert the law is impermissible.

It was submitted that” Nothing entitles or enables an advocate’s clerk to appear before a court on behalf of an advocate.” The court if it deems fit, may initiate contempt proceedings upon the advocate’s clerk where it is discovered that an advocate has falsely signed an affidavit.

It was also submitted that an affidavit should always be in accordance with the rules prescribed, as the purpose is to ensure whether it would be safe to act on such evidence and to enable the court to know as to what facts are based in the affidavit on the basis of personal knowledge, information, and belief. When the Rules clearly lay out the form, content, and degree of knowledge required to be included in an affidavit, to ensure the reliability and veracity of the same, any affidavit which is not in strict consonance with the same has to be discarded.

If a party does not adhere to the requirements of a genuine affidavit, these provisions do not have any probative value and it is liable to be rejected. An advocate’s clerk who has no personal knowledge of the facts of the case, nor is independently empowered to swear such an affidavit is not permitted in law to file a token and mechanical affidavit.

In view of the above observations, the bail application is found to be defective and hence it is dismissed.