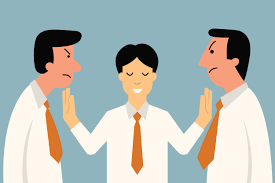 The learned arbitrator should ensure the compliance of Section 12 of Arbitration and Conciliation Act, 1996 before commencing the arbitration and should be independent of both the parties in order to ensure integrity and neutrality. The aforementioned has been established by the Delhi High Court in the case of Monica Khanna & Ors. v. Mohit Khanna & Anr. [ARB.P. 202/2021] which was decided by a single judge bench comprising Justice J.R. Midha on 18th June 2021.

The facts of the case are as follows. The arbitration agreement between the parties is contained in clause XIII of the Memorandum of Family Arrangement-cum-Deed of Relinquishment dated 09th June, 2020 according to which the parties agreed for reference of disputes to the sole arbitrator, Mr. Sachin Dev Sharma, Chartered Accountant. Learned counsel for the petitioner submits that the sole arbitrator named in the arbitration agreement is not competent to act as an arbitrator in terms of Section 12(5) read with the Seventh Schedule of the Arbitration and Conciliation Act as the named arbitrator is a consultant/advisor to the respondent; and is a director and shareholder in PEB Steel Lloyd (India) where the respondent is also a director and the same has been confirmed in the affidavit filed by the arbitrator. Learned counsel for the petitioner submitted that the petitioner had claims to the tune of over Rs.5 crores against the respondent. On the contrary it was submitted by the counsel for respondent that this Hon’ble Court should not appoint other Arbitrator for adjudication of dispute/differences between the parties particularly when there is no doubt on the integrity and neutrality of the Mr. S.D.Sharma as an Arbitrator, who has been appointed with the consent and at the instance of Petitioners. Thus, Petitioner cannot now for false and frivolous reasons challenge him being appointed as Arbitrator. The petitioner under the instant case sought the appointment of an arbitrator under Section 11 of the Arbitration and Conciliation Act.