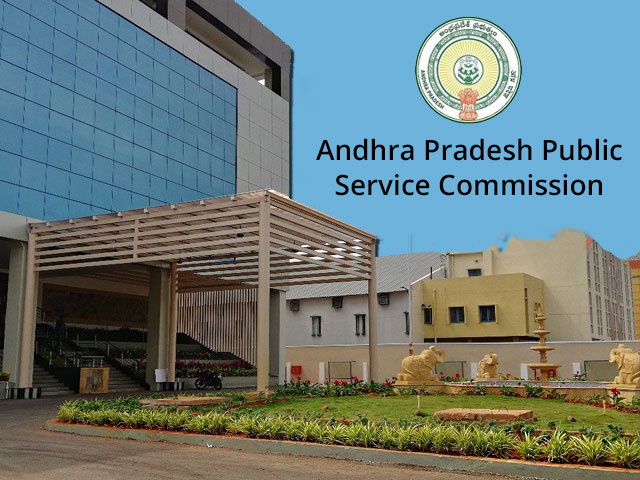 Candidates who appeared in Group-1 Exam 2019-2020 have challenged the digital evaluation system that was adopted for the evaluation in the main examination paper. The digital method of evaluation was challenged and it was argued that the conventional method should have been adopted.  A single-judge bench comprising of Justice D.V.S.S.Somayajulu adjudicating in the matter of Rompalli Shakara Rao v. State of Andhra Pradesh (Writ Petition No.11000 of 2021)

The counsel argued that the Public Service Commission should be an independent and autonomous body and it should discharge its duty in a fair manner. It was argued that the Chairman was not discharging his duties in consonance of the APPSC rules and procedures. The procedure adopted is totally contrary to the rules and regulations as the chairman was not at all involved. The candidates of the examination were informed that they would be selected for an appointment based on merit in the main written examination (which is conventional) followed by an oral interview. The syllabus is very extensive and only a person with in-depth knowledge can evaluate the paper which has such subjects. He argues that “generalists” cannot correct the paper.

Despite many letters written by the candidates and apprehensions expressed by the candidates, but nothing was done in its response. Also, the counter remained silent about the method of selection of evaluators and the manner of evaluation.  The entire method of paper evaluation was given to third party without any exercise being conducted about their expertise or skill.

It was further submitted that in the meeting dated 28.10.2020 arbitrary decisions were taken. Also, in the meeting quotations were invited from A.P. Online and “Data Tech” to evaluate the papers. Therefore, it can be concluded that even before the meeting was held that a decision was taken to invite the quotations for digital evaluation. In the meeting, no references were made regarding the allocation of the subjects even when the Chairman has the discretion to place the matter before all the members of the committee. Hence it can be concluded that the whole shift to the digital evaluation is flawed and available material does not show that the due procedure was followed. Also, it was submitted that the fundamental aspect that the respondents have overlooked is the question of examiner ‘variable’. He submits that some examiners may be liberal in awarding marks while others may be very strict. Therefore, to neutralize this, the system of moderation is adopted.

Further, it was contended He pointed out that even a small error in evaluation can make or mar a candidate’s future and even one mark can decide whether a candidate will become a Police Wala / Officer or a dabbawala. He points out that the expertise of the third party, qualifications of the evaluators etc., are not disclosed even now and that the power given to the APPSC is a constitutional duty that cannot be delegated. He points out that in the main examination, the written component carries the largest amount of marks while the interview carries a very small percentage. Therefore, he submits that a greater duty was cast on the APPSC to carry out the evaluation by itself. The credibility of the third party and their capability to evaluate these subjects is not disclosed as per him. He also points out that the practical aspects of scanning etc. should be safeguarded. It is submitted that if no interim order is granted and the proceedings are stayed most of the candidates would also lose their chance due to age bar and would be barred from the further examinations if orders were not granted.

The court made the following consideration:-

Therefore, there shall be an interim order in favor of the petitioners as prayed for staying all further proceedings including the interviews.