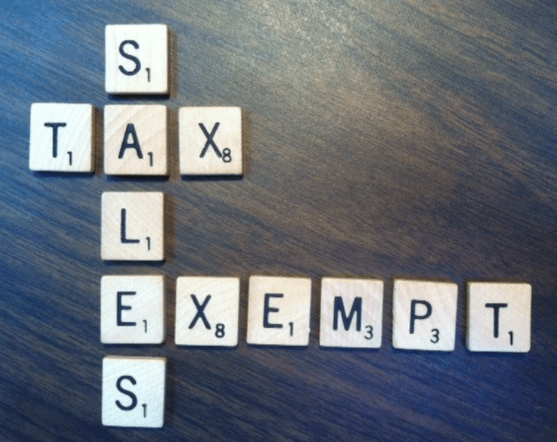 If the industry complies with all the requirements of the applicable notifications, then there is no justification for denying the sale tax exemptions. A single bench comprising of Chief Justice B.P. Routray adjudicating the matter in Protection Manufacturers Pvt. Ltd. v. State of Odisha & Ors (WRIT PETITION (CIVIL) No.5491 of 2009) dealt with the issue of whether the Petitions is a priority industry and is entitled to claim sales tax incentives under Clause 5.6 (Part-II) of IPR 1996.

The Petitioner was a Small Scale Industry(SSI) and was set up for manufacturing air coolers. It started its commercial production on 10th April 1994 and had availed the benefit of IPR1989 which was withdrawn from 1st July 1999. The petitioner expanded its business by undertaking diversification programs under IPR 1996 and manufactured emergency lights, molded furniture, TV sets (both black and white and color) apart from the existing products being manufactured by it. It accordingly invested Rs.4,08,35,710/- and communicated this fact of diversification/modernization to the DIC, Bhubaneswar stating that it had in the process qualified as a Medium Scale Industry (MSI). The DIC, Bhubaneswar by its letter dated 29th December 2001, recommended to the DoI that the Petitioner’s unit should be issued a Priority Industries Certificate (PIC) indicating the project cost. The DoI issued a production certificate on 8th Jan 2002 and stated that the unit had come under the purview of “Large and Medium sector” and its date of commercial production is determined as 12th November 2001 and on 24th Jan 2002the DoI certified the Petitioner’s unit to be a priority industry as defined in Para-2.7 (i) and (xii) Part-II of the IPR 1996. In the said certificate it was noted that the unit was “eligible to avail sales tax exemption/deferment as applicable under IPR 1996. The DoI issued, a certificate of eligibility for sales tax concession “on sale of finished products on 7th March 2002  which was valid from 12th November 2001 to 11th November, 2006.

The Petitioner contended that based on the Eligibility Certificate issued to it in terms of Clause 5.6 (ii) and Clause 5.7 of IPR 1996, it was to be given the benefit of sales tax concession not only for five years but for two additional years which was denied by the Opposite Party. The Petitioner asserted that the denial is unjustified as it is contrary to the notification dated on 2nd February 1999, issued by the State Government, which clarified that all priority industries would be entitled to an additional two years of sales tax exemption. Also, the Petitioner referred to a Notification No. SRO 141/2000 which was issued by the  Finance Department of Govt. of Odisha on 17th February 2000 which stated that the existing industrial units already in receipt of incentives under an earlier notification dated 23rd April 1976, as amended from time to time “immediately before the 1 st January 2000” would continue to avail incentives for the period of their eligibility under the notification. This notification further stipulated that where an industrial unit was “in the pipeline‟ as on 1st January 2000, it would be entitled to the incentive under the notification on same terms and conditions if it fulfilled the following criteria as on 1st January 2000: “

The Petitioner submitted that it fulfills all the conditions of the above criteria spelled under SRO 141/2000 and also The name of the Petitioner’s unit was at Serial No. 24 of the said list. Further, it was pointed out by the Petitioner that in the exercise of powers conferred on it under Section 6 of the Orissa Sales Tax Act (the OST Act), the Government of Orissa had brought out an amendment to Notification No. 206 dated 23rd April 1996 stipulating that for priority industries, the period of exemption from payment of sales tax shall be extended by two additional years and that “there shall be no maximum limit on such exemption during the eligibility period. Based on the above-stated contention, the Petitioner asserted that he was eligible to extend the sales tax benefit to the Petitioner for an additional two years.

After various prolonged attempts and court proceedings, the petitioner in the present case pointed out that there were 2 notifications of 17th February 2000 i.e. SRO 141/2000, which applied to existing units that had expanded, and SRO 140 /2000, which applied to new units. Also, he pointed out how he had graduated to a Medium Scale Industry and was an industry in the pipeline it was covered under SRO 141/2000. It was further pointed out that the tax exemption certificate dated 11th March 2002 was issued in terms of a Finance Department’s notification No. SRO 475 dated 20th July 1996, which W.P.(C) No.5491 of 2009 Page 9 of 12 became effective on 1st February 1996.

After looking into the submissions of both the parties, the court concluded that “a factual misconception on the part of the DoI about the status of the Petitioner, which admittedly graduated from an SSI unit to a Medium Scale unit having undertaken the expansion and modernization drive. There also appears to be a misconception as regards the eligibility of the Petitioner for sales tax exemption for an additional two years since it is recognized as a “priority industry.”  Adding to it the court said that “The Petitioner is right in its contention that the Opposite Parties are mistaken in their stand that IPR 1996 was meant only for a New/SSI/Medium/Large industry. The notification issued by the Opposite Parties themselves belies this contention.”

It is held that the Petitioner, as a priority industry, is eligible to avail sales tax benefit as contemplated under IPR 1996 in terms of notification dated 2nd February, 1999 and, therefore, is entitled to sales tax exemption for an additional two years as claimed by the Petitioner.