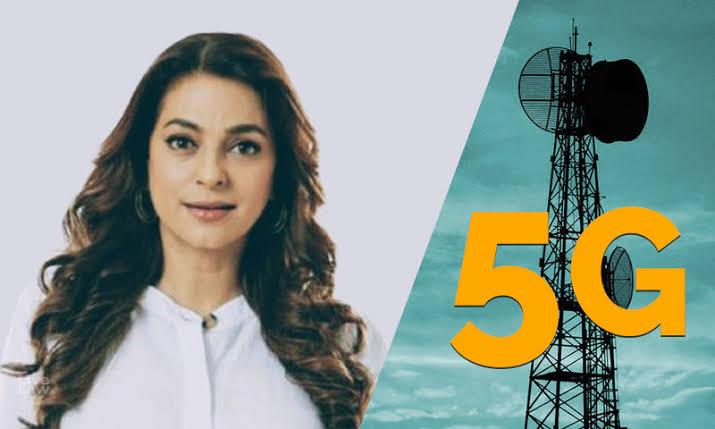 A suit totally based on information and legal advice is not maintainable. A single member bench consisting of Hon’ble Mr. Justice J.R. Midha while adjudicating the case of JUHI CHAWLA & ORS. v. SCIENCE AND ENGINEERING RESEARCH BOARD & ORS. [CS(OS) 262/2021 & I.A. Nos.6904/2021, 6906/2021, 6907/2021, 6908/2021] on the 4th of June 2021, dealt with various matters including the challenge to Court Fees Act, the dispensation under section 80(1) of the CPC and the maintainability of suit under Section 91(1)(b) of the Code of Civil Procedure and Order I Rule 8 of the Code of Civil Procedure. In addition to these it was also asserted that the suit was filed in order to garner publicity by the plaintiff and was highly defective. With constant disruptions caused by miscreants singing songs during the hearing due to the public sharing of the hearing link on social media platforms by Juhi Chawla not only proved her callousness but also invited a contempt procedure to be initiated against the offenders.

The plaintiffs filed this suit on 28th May, 2021 in which the Registry raised an objection to the maintainability of the suit in spite of which the plaintiffs requested the registry to list the suit as it is with defects. The plaintiffs questioned the justice dispensation system and stated that the court has lost the moral as well as legal right to require court fees to be paid upfront at the beginning of the suit and also intended to challenge the Court-fees act. Further, the plaintiffs seeked dispensation from issuing notice to the state entities under section 80(1) of the Code of Civil Procedure on the ground that it is an empty formality. Lastly, the plaintiffs contended that they were seeking leave to institute a suit as well as to sue the defendants in representative interest on the ground that colossal harm is eminent to general public by the roll out of 5G technology and that the suit involves issues regarding public health of the present as well as the future generations.

Considering the facts of the case, Delhi high court dismissed the plea in its entirety except the fact that it granted the request of the plaintiffs to pay the deficit Court-fees of Rs. 1,95,594/- within one week. It stated that the law regarding Court-fees is well settled and the challenge sought by the plaintiffs into the validity of Court-fees Act is not permissible under Section 149 of Code of Civil Procedure. While adjudicating the second issue, the court relied on the Supreme Court’s judgement in the case of State of Kerala v. Sudhir Kumar Sharma, (2013) 10 SCC 178 that a suit filed without compliance of Section 80(1) of CPC cannot be regularized by simply filing an application under Section 80(2) of CPC. Therefore, rejecting the plaintiffs contention that Section 80(1) notice is an empty formality. Lastly, it was held that No case for grant of leave to institute the suit is made out under Section 91(1)(b) of the Code of Civil Procedure or to sue in representative interest under Order I Rule 8 of the Code of Civil Procedure or to maintain the suit without the aforesaid leave/permission, as the plaintiffs’ suit is defective and not maintainable. The reasons for the same include-

The court held that the maintainability of declaratory and mandatory reliefs sought by the plaintiff under Specific Relief Act are hence doubtful. Therefore, by regarding the case as a publicity stunt by the plaintiff, the court contended that they have abused and misused the process of law which had resulted in the waste of judicial time, thereby imposing a cost of Rs. 20 Lakhs on the plaintiff to be deposited with Delhi State Legal Services Authority (DSLSA) which shall further be utilised for the cause of victims of road accidents and the payment of deficit Court-fees.

The observations made by Justice Rajiv Sahai Endlaw in one of the cases that “This is a classic textbook case of, how not to draft a plaint, which should be taught in law colleges and to young lawyers so that such bloopers in drafting of pleadings, damaging to one’s own client, are avoided” is fully applicable to the present case.