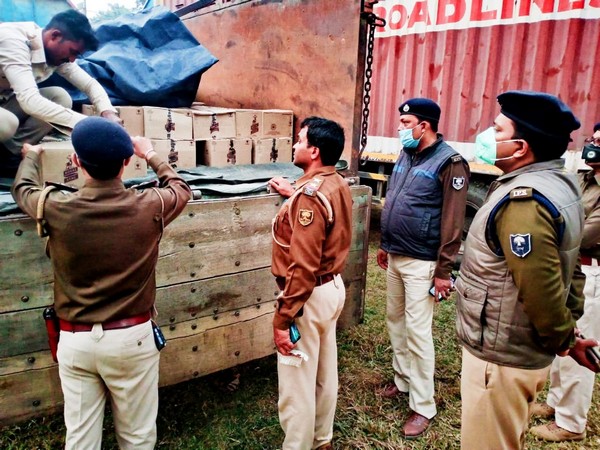 Section 32 of The Bihar Prohibition and Excise Act, 2016 deals with presumption concerning the commission of offense and presumption is that the owner or the occupier of the equipment, machinery, animal, vessel, cart, vehicle, conveyance, or any premises are used in the commission of an offense is also involved unless proved otherwise. A single-judge bench comprising of Justice Ahsanuddin Amanullah adjudication the matter in Birendar Choudhari vs. The State of Bihar (CRIMINAL MISCELLANEOUS No. 10240 of 2021) dealt with the issue of whether to grant bail to a person apprehending arrest  u/s 438 CrPC in the present case or not.

The Petitioner who is a resident of the district Palamu in the State of Jharkhand was alleged of transporting 1410 liters of country-made liquor in a bolero jeep which was owned by him and was confiscated and seized in the town of Aurangabad in the State of Bihar and now the Petitioner apprehends arrest u/s 30 (a) of the Bihar Prohibition and Excise Act, 2016. It was submitted by the Petitioner that the articles which were transported on his commercial vehicle were not known to him and in this whole transaction the driver was in charge, and the petitioner was only getting the earning of the use of his vehicle. He also stated that he had no knowledge that he had consented to any illegal business or material being transported in his vehicle. The counsel of the Petitioner contended the Petitioner had no criminal antecedent and stated that the arrest made was not made in accordance with the law as there was no independent witness to prove such allegation the liquor was seized from the said vehicle since the only witness to this incident are two constables who were members of the raiding party.

The Respondent in the present application submitted that the application is not maintainable due to the bar prescribed u/s 76(2) of The Bihar Prohibition and Excise Act, 2016 as an offense is committed under the said Act. He also stated that Section 32 deals with the presumption concerning the commission of the offense and the presumption is that the owner of the vehicle is also involved unless proved otherwise. The burden of proof lies on the accused to prove his innocence. It was also submitted by the Respondent that there is a commission of offense prima facie and the bar u/s76(2) of the said act will apply to the arrest of any person on an accusation of having committed an offense under the Act.

The court after hearing both the parties concluded that the contentions and submission made by the Respondent had substance and stated that “The language of Section 76(2) of the Act is very clear that an application under Section 438 of the Code of Criminal Procedure, 1973 shall not apply to any case involving the arrest of any person on an accusation of having committed an offense under the Act. Thus, there being an accusation, in terms of Section 32 of the Act, when it is admitted that the vehicle from which seizure has been made, belonged to the petitioner, clearly the bar of maintainability would apply” and hence the court disposed of the application as non-maintainable.

Therefore the innocence can only be established by the accused in the stage of the trial.