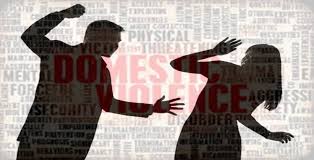 In order to determine the object of any Act, a close perusal of the Preamble of the Act is necessary. The object of Domestic Violence Act is to protect women from abuse in the household and protect and save the family. A single-judge bench comprising of Justice K.S. Mudgal, while adjudicating the matter in Sri Puttaraju v. Smt Shivakumari; CRIMINAL REVISION PETITION No.730/2019, dealt with the issue of providing compensation to the victim of domestic violence and abuse.

The learned counsel appearing for the petitioner stated that the case of domestic violence was filed ten years after the alleged incident by the respondent and therefore, the case was not maintainable, as it had exceeded the limitation period. The learned counsel appearing for the respondent stated that the clause of limitation is not applicable in the above case. The major issue that was debated in the above case was whether the act alleged in the application to the magistrate seeking monetary relief under Section 12 of the Domestic Violence Act i.e. can be considered an offence in its independent form.

The Court upon considering the aforesaid facts found the submissions to be vexatious and rejected the petition accordingly by stating that “When the application under Section 12 of the DV Act is not covered under the term ‘offence’, Section 468 of Cr.P.C. is inapplicable. Therefore the application of Section 468 of Cr.P.C. to an application under Section 12 of the DV Act is clearly a misconception. One has to bear in mind that the proceedings under the DV Act are neither purely criminal nor civil proceedings. The very object of the DV Act as could be seen from the preamble is to protect the women against violence of any kind occurring within the family. If at all the Act intended to make each and every Act of domestic violence offences, then Parliament would not have legislated separate law i.e. IPC dealing with offences against Women like 498A, 306, 304B or offences against body in Chapter XVI of IPC. The purpose of the DV Act is to protect and save the family”